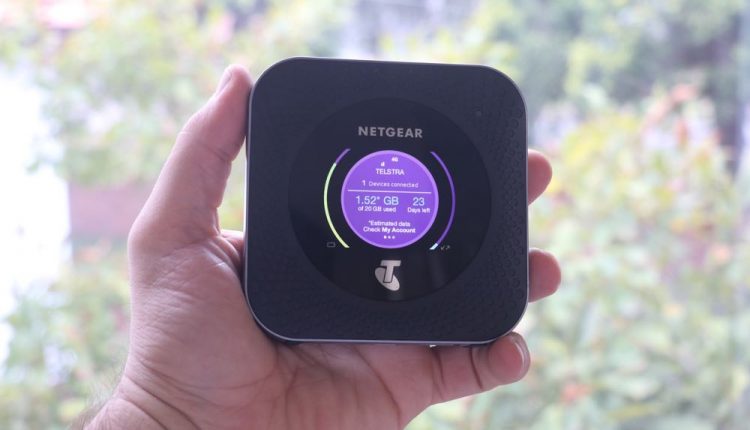 Before the end of the year, Australian mobile customers will be able to enjoy record-breaking 4G network speeds that are 20 times faster than the NBN after a successful test of the technology.

Netgear, Telstra, Ericsson and Qualcomm announced earlier this month they had achieved speeds of up to 2Gbps.

The companies conducted a successful live demonstration of the technology during Mobile World Congress in Barcelona to showcase the lightning fast speeds.

In 2017, Netgear released its Nighthawk M1 mobile broadband device in partnership with Telstra with speeds of up to 1Gbps possible on the 4G LTE network.

Now that performance has been doubled using a Netgear Nighthawk mobile router with the latest Qualcomm snapdragon X24 LTE modem – the first Category 20 LTE  modem in the world.

The latest Netgear mobile router is not expected to surface till late 2018.

The device, which will again operate on the Ericsson-built Telstra network, is likely to be called the M2 and will look slightly different to its predecessor.

It will also reportedly have a touchscreen for easier access on the move and will still be able to connect up to 20 devices at those high speeds.

Users will be able to connect their smartphones, tablets and laptops to this super fast network and connect at speeds that, in some areas, will be 20 times faster than the NBN.

At this year’s Mobile World Congress, there have been some serious discussions around 5G which is expected sometime in 2019.

5G would not only see speeds jump up even higher, but it will also allow for an increased capacity for users.

Both Telstra and Optus will be demonstrating their 5G network capabilities at the upcoming Commonwealth Games.

Optus has already announced it will introduce a 5G mobile broadband solution to allow customers to utilise that network speed at home.