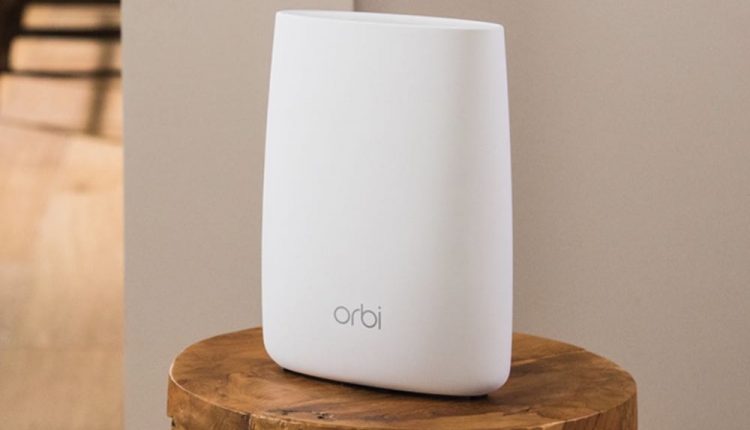 Netgear has unveiled two new members of the Orbi family of tri-band wi-fi systems that are designed to provide consistently fast wireless connectivity throughout your home or office.

The two new Netgear systems, launched after the original Orbi –  the world’s first tri-band wi-fi system – now offer even more flexibility so users can enjoy solid wi-fi coverage in every corner of the property.

One of the biggest problems with a regular modem is that the signal doesn’t reach every part of your home.

But these Orbi systems can handle walls and stairs and other obstacles that would hinder a regular wi-fi set-up and allow users to stream content, including 4K movies.

The RBK30 and RBK40 from Netgear, include an Orbi AC2200 router and either a wall plug satellite or a matching satellite and can provide combined speeds of up to 2.2Gbps.

The Orbi devices come pre-paired and configured out-of-the-box so they can work with your existing modem.

It creates 2.4 GHz and 5 GHz networks in your home to connect all your devices but all under one network name.

Installing the system is quite easy using the Orbi mobile app, available for iOS and Android.

“Furthermore, all Orbi home wi-fi systems are tri-band versus the competition which are dual band mesh.

“Due to the use of the innovative tri-band technology, multiple independent reviewers and testers around the world have proven that Orbi wi-fi systems deliver far superior performance for more simultaneously streaming devices.”

The Netgear Orbi tri-band wi-fi systems are available now from major electronics retailers and are priced at $499 (RBK30 – with wall plug satellite) and $599 (RBK40).

The larger original Orbi system with the AC3000 modem and matching satellite is also still available for $749.