Would you believe we spend 5.5 hours a day on average looking at our phones

How often do you see people looking at their smartphone? How often do you do that yourself? Would it surprise you to learn that the average Australian spends 5.5 hours a day on their phone?

Research conducted by Reviews.org surveyed 1000 Australians of all ages and the results were truly surprising.

The 5.5 hour daily average of screen time for Australian smartphone users equates to 33 per cent of our waking hours.

If taken out further, this would work out at almost 17 years (or 145,800 hours) of our lives looking at our screens, checking social media, finding information, using apps, playing games, taking photos and consuming content.

And it probably comes as no surprise that Generation Z (born between 1997 and 2012) spend the most time look at the displays on their devices.

Their screen time is an eye-watering 7.3 hours a day.

Part of that is due to the fact our phone plans have larger data allowances and unlimited talk and text on modern plans. 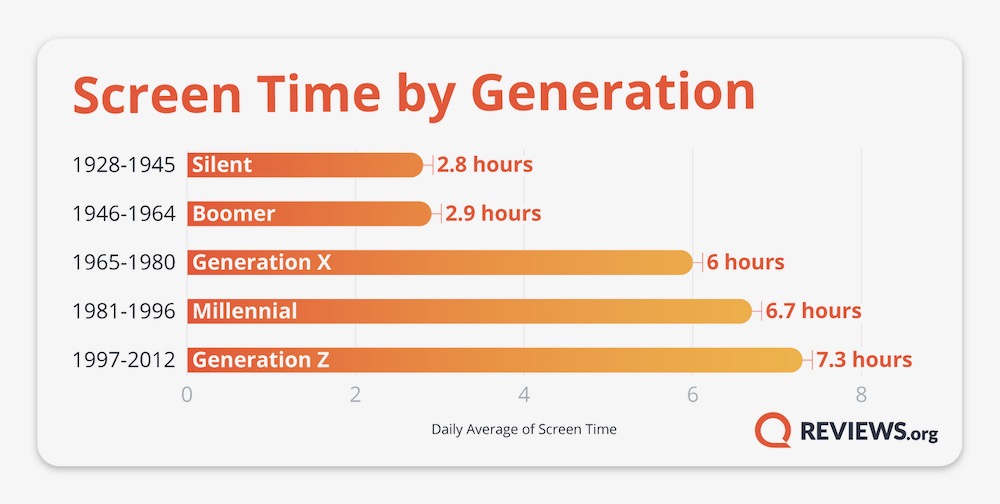 Apple already has a feature called Screen Time in the iPhone settings that can not only tell you how long you look at your phone each day but also break it down with the time you spend on each app.

Screen Time can also tell you how your time spent on the iPhone compares to the previous weeks and days.

Users can also use this feature to set screen time limits on certain apps if they want to consciously spend less time looking at their screen.

Parents can also take advantage of Screen Time for their younger children who may have received their first smartphone and want to set the rules and limits for the amount of time they can spend using the device and certain apps. 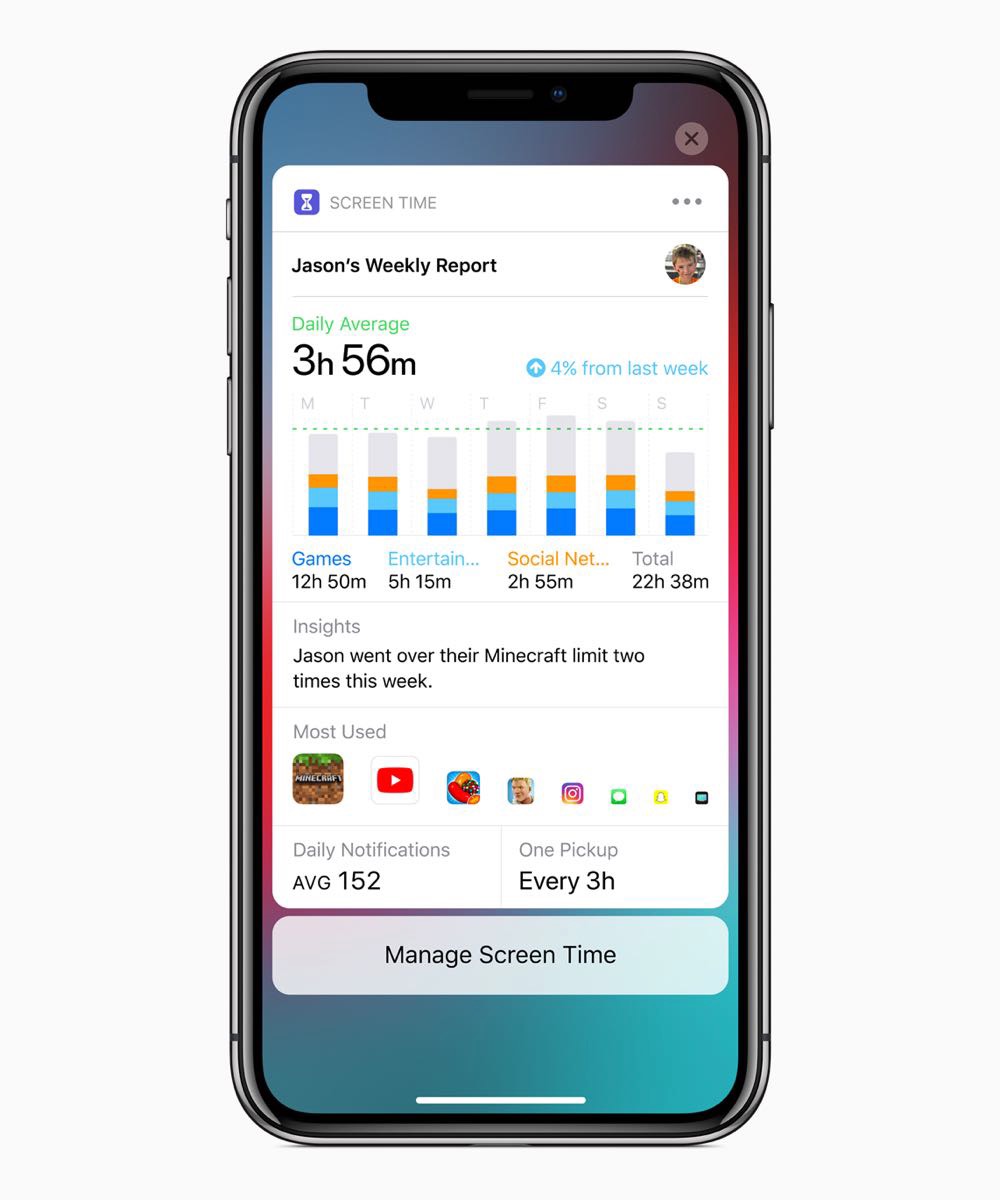 So how can you reduce your screen time?

“Most of us have boundaries around when and where we eat food. The same thoughtfulness can be applied to consuming technology,” Kim Anenberg Cavallo, Executive Director and co-founder of Unplug Collaborative told Reviews.org.

“Create an engaging, tech-free zone in your home where screens are non-existent and mobile devices will not follow you.”

Other activities that take us away from our screens include building Lego, playing chess on a real board against a person or a computer and working in the garden.

We’ve reached a point where avoiding a screen is almost impossible – we need to use our devices for work, to create, to connect and to play.

But like everything in our life – moderation is the best approach.

And if you’re a parent, setting a good example and teaching your child proper device etiquette will also go a long way.

Let’s face it – if a child has their own way they would spend all day on their tablet or smartphone.

The real challenge for parents is to teach their kids that life exists beyond the screen on their device.

Setting rules around when devices are able to be used and not used, like dinner time for example, will establish healthier habits that will hopefully stay with your kids as they become adults.