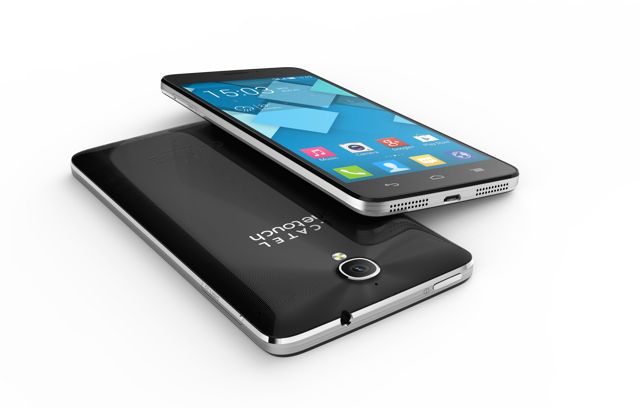 Mobile World Congress, the world’s largest mobile phone tradeshow, kicks off in Barcelona next week and will herald a new direction for smartphones in 2014.

It is the premier event where all of the big players show off their latest devices and innovations.

Nearly a billion smartphones were sold worldwide in 2013 with that number is set to explode this year.

Competition among the manufacturers is intense with Samsung clearly in the lead followed by Apple and other upcoming brands like LG increasing their market share with innovative products.

In LG’s case these innovations include locating the main buttons and controls of the rear of the device along with introducing the world’s first curved smartphone.

But the way we’re using our devices is changing.

IDC conducted a study in the US that found people are spending less and less time using their smartphone as a phone.

That only accounted for 16 per cent of their time using the device whereas email (78 per cent), web browsing (73 per cent) and playing games (60 per cent) were far more popular uses.

Here’s what we can expect to see at Mobile World Congress:

Screens on smartphones are already getting larger and this trend will continue with average display sizes creeping up to the 5-inch mark.

Considering the uses we have for our devices, the added screen real estate for browsing and using apps is a major selling point.

Fitting in a larger screen in regular size smartphone is also appealing to customers who want their larger display but don’t want to carry around a noticeably larger device.

LG’s G2 achieved this thanks to the decision to relocate the buttons of the device from the sides to the back of the product.

As a result the screen had room to go almost edge to edge.

The biggest rumour is that Apple, one of only major companies not to be attending, will be featuring a larger display on the iPhone 6.

Until now Apple has stuck with the 4-inch screen size for the iPhone.

LG led the way with a curved screen on a smartphone with the just-released G Flex.

And the display isn’t just curved it is also flexible – hence the G Flex name.

Other manufacturers, including market leader Samsung, are said to be developing curved screen devices.

The hotly anticipated Galaxy S5 is said to include a slightly curved screen.

Smartwatches, another growing category, will also feature curved screens in 2014 with Apple’s rumoured iWatch also said to include this feature.

They provide added brightness and sharpness along with better contrast.

Most of the growth in the smartphone market is going to come from the entry and mid level.

More first time smartphones will enter the category than ever before in 2014 so it makes sense for companies to have affordable products at this level.

The good news is this year’s entry-level devices will be packed with more premium features that were introduced on hero products and that have now filtered down to the more affordable range.

These features will include better cameras, larger screens and faster processors.

We now take more photos on our smartphones than any other device and camera quality still continues to improve not just in pure megapixel count but also in more sophisticated image processing technology.

Sharing pictures and videos has also become a popular practice on social media with other things like live streaming and video calling also becoming more important for users.

These uses alone have endeared the smartphone even further into our lifestyles.

Camera quality has become one of the most important features of a smartphone.

The introduction of the camera to mobile phones was one of the most significant events of the product’s evolution.

The iPhone 5S introduced fingerprint security with the Touch ID feature and HTC had a similar feature with the HTC One Max.

Samsung’s Galaxy S5 is said to be including this feature in its home button just like Apple’s iPhone 5S.

This offers a more secure option to protect your device in the event it is either lost or stolen.

Expect even more devices to incorporate fingerprint recognition in 2014.

The smartphone today has more in common with a computer than a phone and customers are placing the same demands on the device’s performance.

Just in the last two years we have seen faster dual-core processors introduced into the latest models with quad-core chips soon after that.

This year we’ll be seen eight-core (or octo-core) processors powering many of the top tier devices introduced this year.

Alcatel OneTouch has already included an eight-core chip in its Idol X+ which will certainly challenge higher priced competitors.

Battery life on smartphones has been a sore point for many customers with our constant use of the devices draining batteries even faster.

Since 2000 battery capacity has only doubled while processing speeds of devices have increased 12-fold.

The latest designs are now making it possibly to fit larger batteries in smaller spaces while at the same time, processors and the latest operating systems are optimising the whole experience so you’ll have even more charge from your battery.