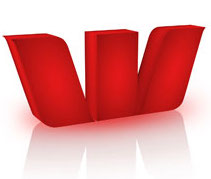 Westpac New Zealand has just completed proof of concept testing that give customers access to their accounts using the fingerprint reader in the Galaxy S5’s home button.

This development is a world first in the banking world and will become available to Australian customers soon.

Samsung’s Galaxy S5 went on sale in Australia on April 11 with the fingerprint reader one of the main new features of the device.

It can be used to unlock the device as well as authorise mobile payments.

A deal was in place with PayPal to take advantage of this functionality even before the Galaxy S5 was released into the market.

Apple has had the same fingerprint security with the iPhone 5S since it was released in September last year.

Similar functionality to authorise mobile banking and mobile payments has not yet been possible with the iPhone 5S.

This is because Apple has yet to release functionality of its fingerprint reader to third party developers.