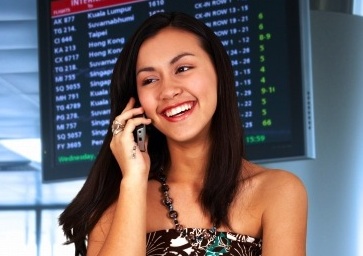 Vodafone customers heading to trip to Europe can still use their Australian mobile for $5 a day thanks to the latest addition to its international roaming deals.

From October 7 customers on Red Plans will be able to use their existing call, text and data allowances while they are in any of the 34 countries in Europe for an extra $5 a day.

The Europe roaming deal comes after the announcement of a similar $5 a day package for Vodafone customers travelling to the US, UK and New Zealand.

Vodafone’s Red Plans include unlimited calls and text messages and up to 5GB of data to use per month.

“This is the second step we are taking towards making overseas smartphone use affordable for Australian customers and business travellers,” said Vodafone chief executive officer Bill Morrow.

“We had a huge response when we announced our plans included the US, UK and NZ for just five bucks a day, so we pushed hard to include Europe before the Christmas holiday season kicks off.

“Buying a data pack and then trying to monitor your usage is messy and customers say they find it complicated, so we decided to simplify roaming by allowing our customers to use their plan overseas just as they would at home. Our customers love it.”

The Vodafone Group is able to offer this international roaming service to its customers because it owns 50 per cent Vodafone-Hutchison Australia which has a significant presence in Europe, the Middle East, Africa, Asia and the US.