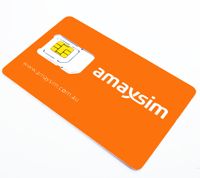 A new study has revealed we’re not a happy bunch when it comes to our mobile phone operators.

Macquarie University research has shown 16 per cent of Australian mobile users switched operators in the past year and saved an average of $26.52 a month.

But the findings also showed that almost half – 46 per cent – are likely to switch to another provider in 2012.

The 16 per cent who made the switch saved a combined total of more than $600m dollars which has stayed in customers pockets.

Interestingly, there are still many customers – 50 per cent – who think making the switch is too difficult.

Another 41 per cent have thought about switching but haven’t made their move yet.

The State of the Mobile Nation study was conducted by Macquarie University and included a detailed survey of 1600 Australian mobile customers.

The study was partly funded by Amaysim, the low-cost mobile service provider, to celebrate its first anniversary in Australia.

“Since our launch a year ago, we’ve heard from hordes of people who are fed up and are just biding their time to be set free from their contract and jump ship,” said Amaysim founder and CEO Rolf Hansen.

“Smartphone prices are dropping and the mobile telco industry is shuffling towards a simpler approach,” Hansen said.

“The last year has seen the first steps in a shake-up of the industry but there is still a lot of work to be done to clear up the honey pot of condition-laden caps.”

Here are the key findngs:

* 16 per cent of Australian adults with personal mobile accounts have saved an estimated combined total of $622m by switching operators.

* Only 25 per cent are currently satisfied with their current mobile operator.

* The average amount customers saved by switching is $26.52 per month.

* 50 per cent of customers found it difficult to switch

* The main reasons for customers switching were inadequate coverage (39 per cent), poor customer service (30 per cent) and under/over spending on their plans (39 per cent).

* Reasons for not switching include: contracts make it too difficult (33 per cent), hard to find cheapest provider (32 per cent) and the cost and effort required (25 per cent)