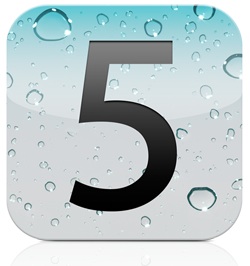 But with more than 200 new iOS 5 features it’s likely there are a few handy items and abilities you may not even know about.

Here’s a look at the some best hidden features of iOS 5 and how you can enable them on your iPhone.

Part of the iOS 5 update is the ability to use your data allowance or wi-fi instead of the cellular network to send your text messages and even attach pictures and video.

It will even tell you when your message was delivered and also when the recipient is typing their reply.

You’ll know if you’ll be sending an iMessage when the name and the send button turn blue. This means the recipient is also on iOS 5.

If you send a lot of texts this is a great feature – just make sure all the people you message the most are also on iOS 5.

It also means it’s possible to send and receive messages with the iPod Touch and the iPad as well.

iOS 5 works on the iPad as well and one of the handy new features on this device is the split keyboard.

If you need to type on your iPad and have to hold it as well, users have to type one handed.

But now it’s possible to split the keyboard so half the keyboard appears on the left side of the screen and the other half on the right.

Now users can hold the iPad with both hands and type with both of their thumbs.

Now the weather widget on iOS 5 offers hourly forecasts so now you can see that even though it might be sunny now, it may get chilly later or vice versa.

Simply open up the weather widget to the correct city and touch the current day’s forecast and sweep your finger down.

Boom! Now you have our by hour weather for the rest of the day.

The camera also benefits from the iOS 5 update with the main benefit being able to use the volume up button as the capture key. This means you can hold the iPhone like a camera.

But there’s also a volume up button on your iPhone’s earphones and it also works to activate the shutter on the camera.

This is handy if you have the iPhone set up on a stand or on a tripod with a mount and don’t want to have the touch the device to capture your image or video.

Here’s a cool new feature for those who do a lot of typing on their iPhone.

Shortcuts allow users to set up a series of letters or numbers which can be used like a type of shorthand which the iPhone will translate to the complete phrase or name.

For example, users can set “OMW” as a shortcut which will be expanded to “on my way” by the iPhone.

Users can easily set up their own shortcuts for phrases or long names.

Do you like to add a smiley face or frowny face to your emails and text messages?

Before iOS 5 these colourful emoticons were enabled by using apps but  now with the latest Apple operating system update they are built in.

They can be added through the keyboard menu and can then be accessed by hitting the globe symbol on the keyboard to the left of the space bar.

There is more than one way to reach your destination.

Now iOS 5 offers alternate routes to get wherever you’re going whenever you use Google maps for navigation.

Users simply have to tap the route on the screen they’d prefer to receive the turn by turn directions for that path.