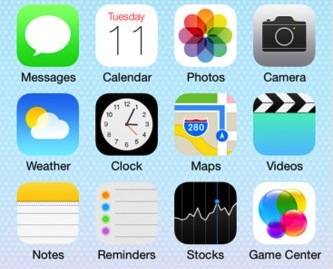 iOS 7 is the most significant update ever for iPhone and iPad users and there are many features you may not be aware of after installing it on your device.

There are even more hidden features we’ve discovered that can make the iPhone or iPad even easier to use and more intuitive to the way you use the product.

iOS 7 has certainly opened up more possibilities and uncovered numerous new capabilities including these ones:

Siri, introduced two years ago with the iPhone 4S, has gained even more abilities on iOS 7 including turning features like Bluetooth off and on, opening apps and even searching for tweets.

Part of the iOS 7 feature set is the parallax effect on the home screen where the wallpaper seems to move independently below the app icons. While this is an enjoyable feature for some it can be a dizzying effect for others. For these people the good news is it can be turned off. Go to Settings > Accesibility > Reduce Motion. Not having this feature activated will also save battery power.

Here’s another type of motion that can be used on iOS 7. For example left and right head movements can be programmed to perform a number of actions including selecting an item, activating the home button or Siri, bringing up the Notification Centre and increasing and decreasing the volume. You can set it up by going to Settings > General > Accessibility > Switch Control > Switches > Add New Switch > Camera.

When you receive a call you can choose to feel a vibration as well as hear the ringtone. In iOS 7 you can not only choose the type of vibration from the default setting to SOS, Quick and Symphony but now you can create your own vibration pattern. Go to Settings > Sounds > Ringtone > Vibration.

FaceTime, Apple’s app that can enables video calling between Apple devices and computers, can now be used for audio only calls. This is handy when you’d rather use your data allowance instead if your cellular call minutes to make your call.

When you sweep down from the top of the screen to activate Notification Centre you’ll notice a lot of relevant information which can be customised to include things like your next destination, reminders, missed calls and app notifications. They can be accessed at Settings > Notification Centre.