Telstra says its 5G network now covers 41 per cent of the Australian population as the rollout of the faster cellular network continues ahead of the launch of Apple’s first 5G iPhone.

The Telstra 5G network continues it rollout in cities, suburbs and regional areas.

Apple will this week unveil the iPhone 12 – the company’s first 5G smartphone – at a time when the 5G network footprint across Telstra, Optus and Vodafone network is growing steadily.

This announcement by Telstra was strategically timed just days before the iPhone 12 5G is introduced.

Apple’s venture into 5G, while more than a year after its competitors, comes at a time when the 5G networks are far more accessible.

When Samsung released the Galaxy S20 5G on the Telstra network in June 2019, 5G was pretty thin on the ground.

“41 per cent of Australians can now access Telstra 5G – which means more Australians now have the ability to switch to a 5G device and enjoy the benefits,” says Nikos Katinakis, Telstra Group Executive, Networks and IT. 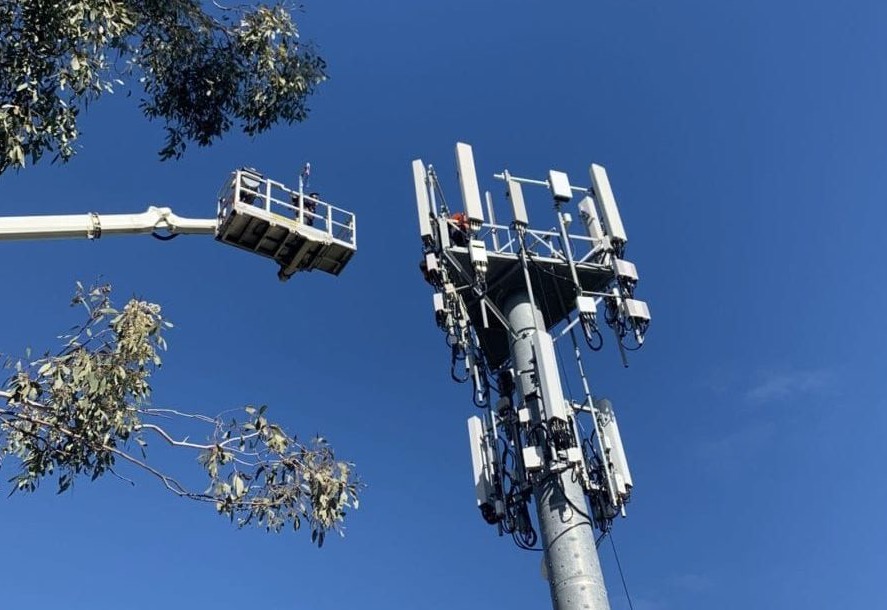 “With a number of major 5G device launches just around the corner, we’re expecting to see the uptake of 5G devices grow significantly and we’re ramping up our efforts to roll out 5G coverage to as many Australians as possible to match.

“Our 5G now covers an area that more than twelve million Australians live, work or pass through on a daily basis, giving them access to a superfast network at a time when connectivity’s never been more important and when there’ll be more 5G devices to choose from than ever.

“We’ve recently announced our intention to roll out Telstra 5G to 75 per cent of the Australian population by the end of June 2021, which will expand our network to even more suburban and regional areas.

“We’ve now rolled out Telstra 5G to selected areas of more than 1,400 suburbs across the country – bringing Telstra 5G closer to more people.”

Telstra activated its 2000th 5G site in Airlie Beach in Queensland’s Whitsundays to join 60 other cities and towns across Australia.

Here are the other regional areas where Telstra started its 5G roll out in mid-2020:

– Berri, Pt Elliott and Port Augusta in South Australia and;

“Our roll out continues picking up pace and during our busiest week this financial year, in late September 2020, we added more than 60 new 5G sites to Telstra’s mobile network,” says Katinakis.

“We’ve made a commitment to roll out the new Telstra 5G network to more areas across metro, regional and rural Australia – and that’s exactly what we’re doing.

“We’re a long way ahead of our competitors because we’re investing more, we’ve got the technology leadership and we want to extend that lead because Australia needs 5G.”

Amazon Prime Day kicks off with some big tech bargains