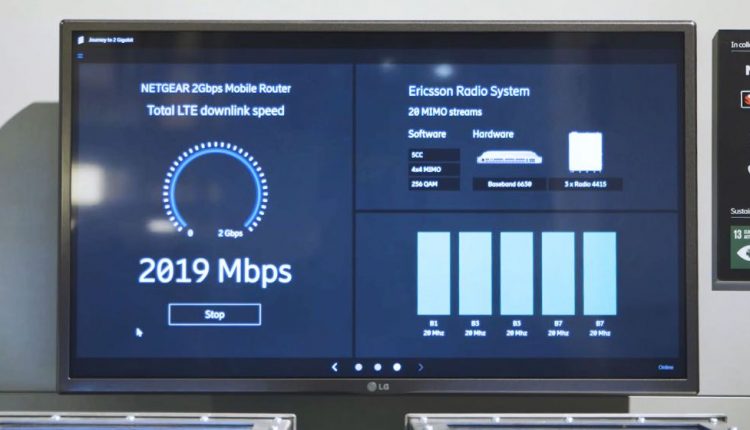 Telstra is planning to boost its 4G network to achieve speeds of up to 2Gbps using technology that was tested in a record-breaking demonstration earlier this year.

Telstra, together with Ericsson, Netgear and Qualcomm, started testing 2Gbps over LTE in the Ericsson lab in Stockholm Sweden using a prototype commercial device.

The results have been a huge success and found that aggregating 100Mhz of spectrum across three frequency bands and utilising 4×4 MIMO (multiple input and multiple output) meant speeds up to 2Gbps could be achieved over 4G.

After those successful trials, Telstra is now planning to deploy the 2Gbps-enabled 4G technology which will allow for even greater capacity and faster mobile speeds as demand for mobile data grows among customers.

Telstra will deploy 2Gbps-enabled LTE technology in select locations in 2018.

And Netgear’s compatible Nighthawk Mobile Router will go on sale in late 2018.

The improvement of Telstra’s 4G network is also another step closer to the development of 5G.

But Telstra says there is still plenty of life left in its 4G network as this latest 2Gbps deployment indicates.

Apple rolls out major updates for Pages, Numbers and Keynote