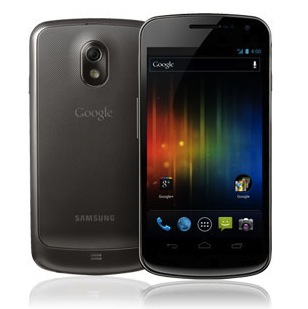 Telstra will be the first to sell the highly anticipated Samsung Galaxy Nexus in store and online from tomorrow.

The Samsung Galaxy Nexus will be available on Telstra’s $59 Freedom Connect plan along with a $10 a month handset payment.

“Telstra customers have been counting down to the launch of the world’s first Android 4.0 smartphone and we’re delighted to be able to offer this groundbreaking device ahead of Christmas,” said Andrew Vollard, Telstra’s director of mobile.

With Android 4.0 on board – otherwise known as Ice Cream Sandwich – the Samsung Galaxy Nexus has a number of new features.

These include facial recognition technology to unlock the device just by looking at it.

There’s also NFC (near field communication) technology on board so it’s easy to exchange information like contacts, web pages, videos, directions and apps just by touching another NFC-enabled device.

There is also support for Telstra’s HD voice so your calls are crisper and clearer.

Vice president of telecommunications at Samsung Australia, Tyler Mcgee, said “Samsung is delighted to introduce a new addition in the highly successful GALAXY family to Australian consumers. The GALAXY Nexus is the first Australian handset to feature Android 4.0 (Ice cream Sandwich), bringing an entirely new look and feel to the popular operating system.”

The Samsung Galaxy Nexus will be available tomorrow (Wed Dec 14) from the Telstra Store at 400 George St in Sydney or Telstra’s Androidland at 246 Bourke St in Melbourne.

The device will be offered on Telstra’s Freedom Connect $59 plan along with a $10 monthly handset payment. The plan includes $550 worth of calls, unlimited texts and 1.5GB of data.