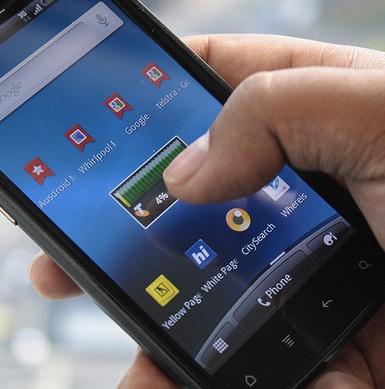 Telstra has scored another HTC exclusive with the impressive Sensation handset being offered on the Next G network from July.

Sporting a 4.3-inch touchscreen with 540 x 960 resolution, the HTC Sensation has a 1.2Ghz dual core processor on board along with an 8 megapixel camera capable of recording full high definition video.

The device will be running the Android 2.3 operating system and has 1GB internal memory as well as an 8GB microSD card.

“This epic multimedia smartphone is HTC’s flagship and will launch exclusively on the Telstra Next G network in July.”

Also included with the Sensation is HTC Sense 3.0 – the company’s software layer above that adds many of the most appealing features.

These include flip to silence, having a louder ring when the device is in a bag and stream of all your friends’ social networking activity and updates.

The smartphone also offers an improved internet browsing experience with the ability to have multiple windows open at once.