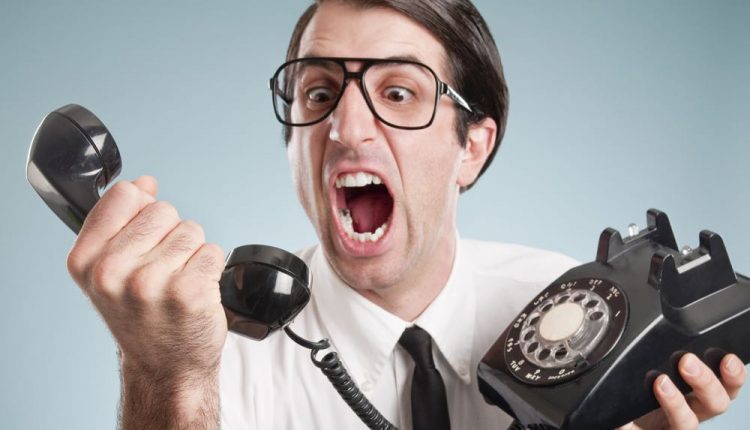 The telcos have another black mark next to their name after a customer service report put together by communications consumer group ACCAN painted an unflattering picture.

The Australian Communications Consumer Action Network has revealed its findings which show telco consumers frustrated by the amount of time they need to spend to resolve an issue.

The report, entitled Can You Hear Me?, revealed insights into the customer service provided by 10 telcos.

It was revealed it takes an average of 13 days for a customer to have their issues resolved with some cases blowing out to more than two months.

The report also confirmed customers having to contact their provider numerous times about a single issue and having to explain the problem each time.

Escalating an issue to a formal complaint was also shown to be extremely difficult.

“We’ve all got our own experience of telco customer service, but we wanted to quantify this and give consumers some idea of who is providing the best service across a number of metrics,” said ACCAN CEO Teresa Corbin. 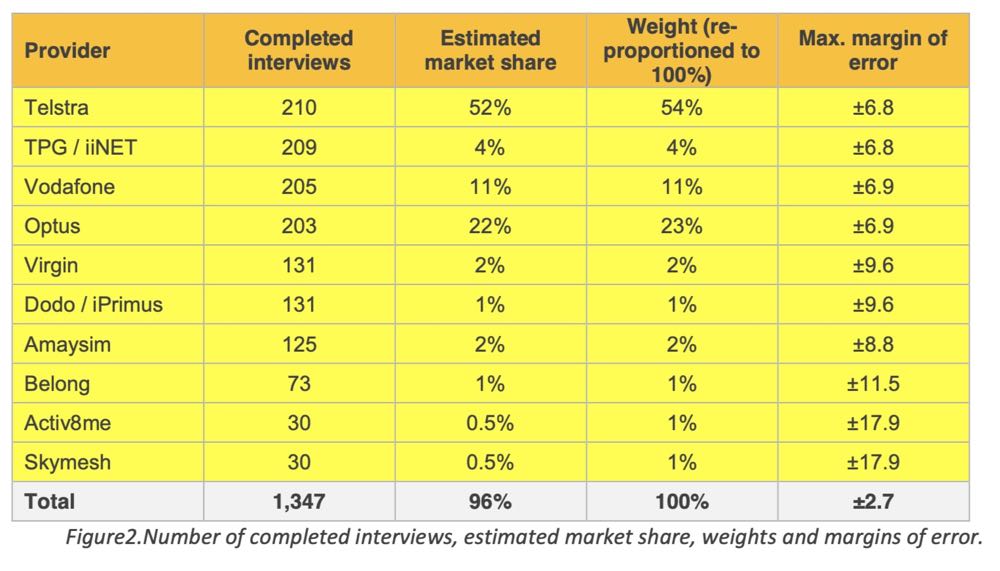 “Nearly half the complaints received by the Telecommunications Industry Ombudsman (TIO) last year identified customer service as an issue, so we know it’s a source of considerable frustration.”

The ACCAN customer survey looked at 10 major telcos and found the bar is low industry-wide.

Ironically, the telco with the highest score – Virgin at 70 per cent – are no longer in the market. 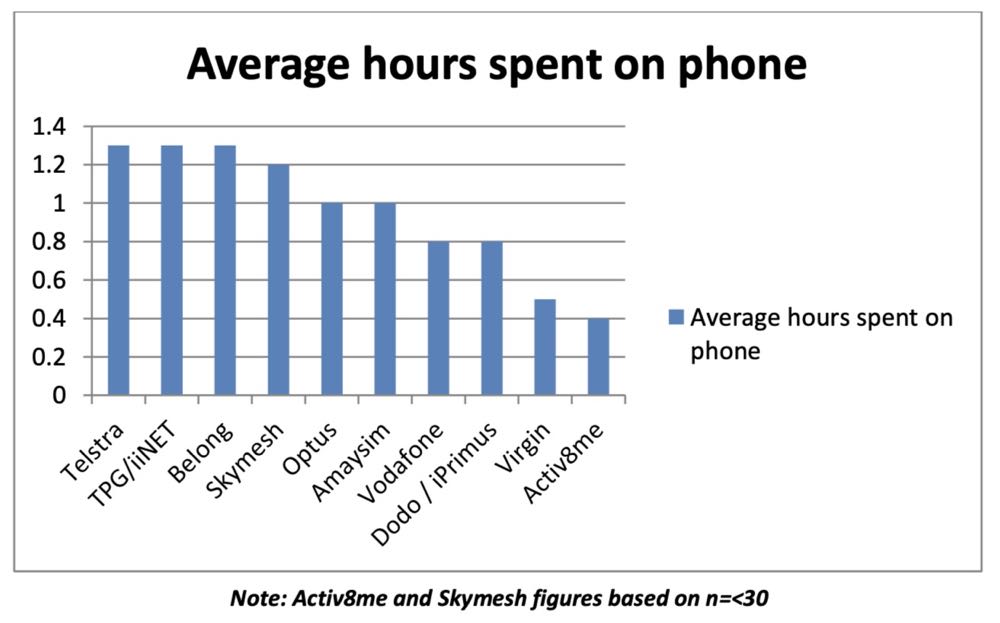 Meanwhile 61 per cent of Vodafone customers said they had a positive experience followed by TPG/iiNet, Amaysim, Dodo/iPrimus at just over 50 per cent.

Telstra and Optus customers only scored these companies 43 per cent and 42 per cent respectively.

The lowest ranked telcos were Belong and regional provider Active8Me.

“It’s obvious that there is clear need for improvement. Poor customer service by the industry shifts costs from providers to their customers, who are experiencing loss and disruption by spending far too long trying to resolve issues,” Ms Corbin said.

“This is not acceptable. It’s time to shift the balance back to telcos so that customers are not carrying such heavy costs to maintain their essential telecommunications services.”

ACCAN is  recommending a fresh look at customer service by the industry and the regulator, the Australian Communications and Media Authority.

“There’s an opportunity to do this now with the current review of the industry Telecommunications Consumer Protections Code, and a new ACMA Complaints Handling Standard. 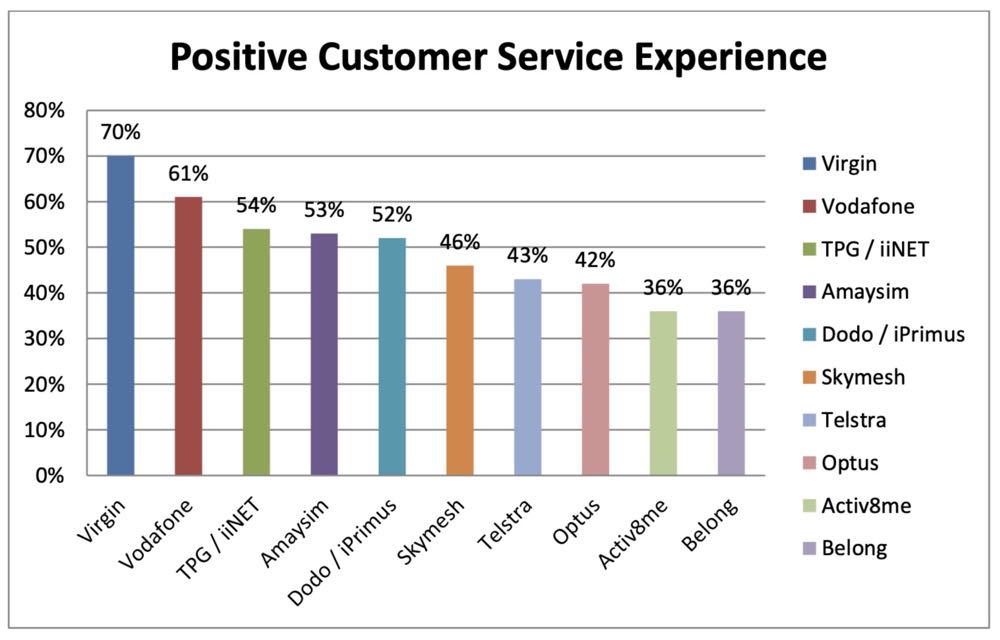 “We’d like to see more concrete obligations in the Code, and more active enforcement by the regulator.”

– Time it takes to get a resolution: on average customers have to contact their provider 2.6 times, and spend 13 days seeking a resolution (37.6 for Activ8me and 35.5 for Skymesh)

– 19  per cent of respondents reported their issue to be unresolved at the time of the survey. For these people the average number of days spent seeking a resolution increased to 60 to date

– Methods of contact: going instore will get you a resolution the fastest (average of 8 days), followed by social media (average of 15.5 days), online chat or messenger feature on the provider’s website (average of 19.6 days), phone (average of 23.3 days), and email (average 30 days)

– Phone contact is most preferred (66 per cent) by respondents, but respondents reported this involved contacting their provider on average 2.7 times, an average of 3 transfers, and spending on average 1.2 hours on the phone before reaching the right person. Less than half (46 per cent) of these respondents reported being told the wait time to speak to someone whilst on hold and only 48  per cent were offered the option of a call-back

– Complaining to the TIO: 24 per cent of respondents wanted to, or did lodge a complaint with the TIO. Only 3 per cent proceeded with lodging a complaint to the TIO. Potential reasons for this could be:

– 48 per cent of those looking for information from their provider about lodging a complaint with the TIO said it was difficult to find.