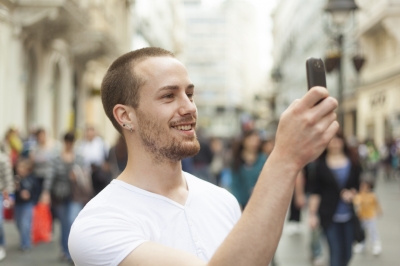 There are many things that technology has enabled over the years and one of them is a rise in creativity according to a study by The Digital Playground.

The Rise of the Digirati is a study that was conducted among 500 Australians how either owned a smartphone or tablet.

It set out to try and understand the role technology is playing in sparking creativity in our lives – especially around photography.

Results have revealed that 60 per cent of respondents now take photos everyday with their smartphones compared with just 10 per cent before the introduction of the smartphone.

Only 40 per cent of these users owned a camera before they bought their smartphone or tablet.

More than half of those in The Digital Playground’s survey aged 18-24 said they were now even more interested in photography since owning a smartphone.

And users aren’t afraid to show off their work either with 66 per cent actively displaying their photographs on social networks, blogs and forums.

Other key finding in The Rise of Digirati study included 48 per cent saying technology like smartphones, tablets and apps have made them even more interested in the visual arts.

And 51 per cent thought that same technology made it easier for them express themselves creatively.

The Digital Playground is IDEA Australia’s celebration of photography and will be seen during Vivid Sydney from May 31 to June 2 at the Overseas Passenger Terminal.

“This study is absolutely fascinating, though the findings shouldn’t be a surprise to anyone,” said Tamsin White, from IDEA Australia.

“Technology has democratised the visual arts – and photography – in particular.

“Previously complex photo editing processes or prohibitively expensive equipment has become a thing of the past, and while professional photography still very much has its place, there is a whole new tier of amateur, fun photographers out there.”