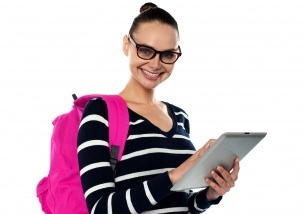 How many devices do you carry around with you? On average Australians carry 2.6 devices according to a survey by internet security company Sophos.

Sophos surveyed more than 2,200 users and asked readers of its Naked Security site how many devices they carry and which operating systems they use.

And the results were quite surprising.

Australia is considered to be a tech savvy nation of early adopters but Australia was still well behind the Germans who carry an average of 3.1 devices.

But Australia’s device of choice is the smartphone according to the Sophos survey while Germans are more likely to carry laptops.

The largest number of devices carried around by a respondent was 12.

Windows was the most popular laptop operating system with 49 per cent followed by Mac OS X on 22 per cent.

On the devices side, Android pipped out iPhone 40.9 per cent to 40.5 per cent respectively, followed by BlackBerry (8.9 per cent) and Windows (3.4 per cent).

Not surprisingly Mac users prefer to carry the iPhone (62 per cent) and the iPad (45 per cent).

“People are buying and using more and more devices, and are increasingly bringing them into the workplace.  Inevitably, that trend increases the need to keep those devices safe and secure from threats,” said Graham Cluley, senior security consultant, Sophos.

“In this age of BYOD (bring your own device), smart organisations are implementing security policies to ensure that both corporate and personal devices are protected and secured – keeping sensitive information out of the hands of hackers.”