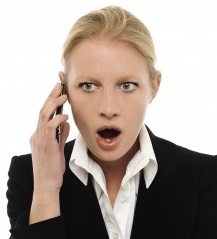 It was revealed more than half of the customers who complained to the TIO contacted their telco service provider more than five times to resolve their issue.

50 per cent of respondents also reported being transferred to three or more departments in their bid to resolve their complaint.

More 500 consumers who had complained to the TIO between July and August 2010 took part in the survey.

Here’s what the survey found:

More than half of the consumers (54 per cent) said they raised the matter with their service provider at least a month before contacting the TIO, with 31 per cent stating they had made a complaint more than three months beforehand

Most consumers (60 per cent) reported spending three or more hours unsuccessfully trying to solve their complaint before approaching the TIO, with one in five (20 per cent) saying they spent more than nine hours resolving their complaint

Half (50 per cent) reported contact with more than three different departments.

The most common reasons for complaining to the TIO were because there was no solution offered by the service provider (39 per cent) or a promise to resolve the complaint was not kept (39 per cent).

The report found that 90 per cent of complaints lodged with the TIO were easily resolved when the right contact within the service provider was involved.

“Most of these cases should not have come to us in the first place,” Mr Cohen said.

“The fact that they are most often resolved by referral by the TIO to the right department is strong evidence that these consumers can be treated better.”

The survey report, titled Resilient Consumers, is available at www.tio.com.au.