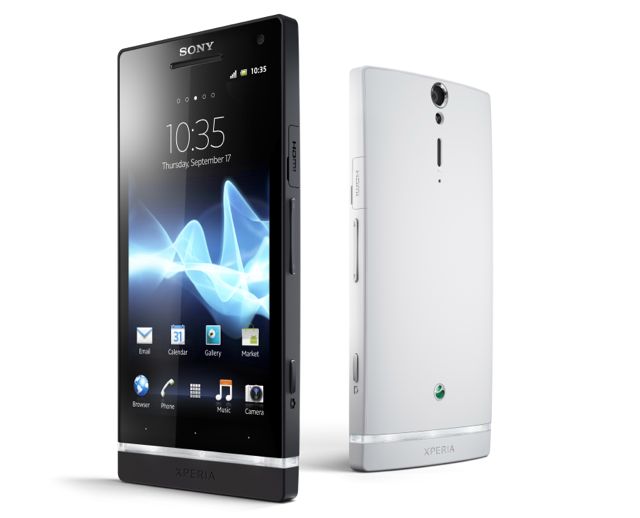 Sony’s first smartphone, the Xperia S, will be hitting Australian stores through Optus, Vodafone and major retailers in early April.

Sony, now standing alone to manufacture smartphones after its partnership with Ericsson came to a close, will make a strong first impression with the Xperia S which has a 4.3-inch touchscreen display and a 1.5Ghz dual core processor.

The Android-powered device also has an impressive 12 megapixel camera on board which can shoot pictures in just 1.5 seconds.

Also onboard the Xperia S is NFC (near field communications) which can make sharing and accessing content as easy as touching another device or swiping an Xperia SmartTag.

Xperia SmartTags are small and round and can be programmed to store your favourite content or settings for certain situations and areas which can be accessed by placing the device next to them.

For example, a user might hang an Xperia SmartTag on their rear view mirror which, with one quick swipe, can activate Bluetooth, GPS and Google maps.

Another tag beside your bed might put your phone on silent and turn off wi-fi when you go to bed and turn on the ringer and open your emails as soon as you wake up.

The Xperia S has an emphasis on strong design with a curved back panel and an illuminated transparent ring around the base.

Optus has already announced it will be offering the Sony Xperia S for $0 on its $49 24-month cap plan which includes $550 of calls and 1.5GB of data and unlimited access to social networks.

Apart from the hardware offering with the Xperia S, Sony will also be connecting users to a world of content through the Sony Entertainment Network (SEN) and also making it easy to share content with other devices like tablets, laptops, smart TVs and other smartphones.

“People can experience for themselves how the unique Sony experience can bring a world of entertainment to life.

“The Xperia S is more than microprocessors and memory chips – it is designed to let consumers use their creativity to drive connected experiences that interest and excite them.”

The Xperia S will be available in black and white.

The black Xperia S can be purchased from Optus in early April and outright from JB Hi-FI, Dick Smith, Allphones, Telechoice and Harvey Norman at a date and price to be announced.

If it’s a white Xperia S you’re after then Vodafone can come to the party from April 11 along with Crazy Johns which will be offering the device in both black and white.

Laser Navig8r – the black box recorder for your car