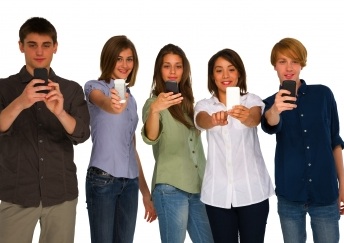 Australians’ obsession to shoot and share images on social media is making them feel like they’re living life through a lens and preventing them from fully enjoying the moment.

New research conducted by low-cost mobile service provider Amaysim shows 56 per cent of people say we’ve forgotten how to “live in the now”.

Social media is filled with pictures from restaurants, bars, concerts and weddings snapped on smartphones but the study shows this behaviour is considered by many to be anti-social.

One in three said over-sharing pictures and videos would warrant an “un-friending”.

Nearly half of respondents admitted the interruption of taking the pictures or videos and sharing them on social media didn’t allow them to fully enjoy the actual moment.

But 38 per cent of those surveyed were quite happy to live life through the lens of their smartphones.

Women (55 per cent) shoot and share more frequently at events and are more inclined to review this content than men.

Not surprisingly, the 25-34 age group is the most active (53 per cent) shoot and sharers.

“Not only are we often bugging our mates with our budding film-maker antics, but we end up missing some of the thrill of the moment because we’re so caught up in trying to capture it,” Amaysim PR and Social Media manager Ged Mansour says.

“While Amaysim is in the business of keeping people in touch, we also reckon you sometimes need to turn off and enjoy life as it happens.”