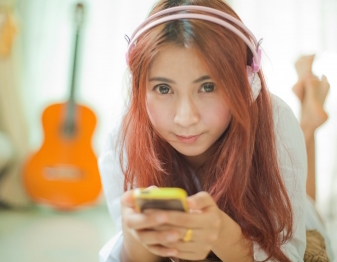 Young people glued to their smartphones and constantly plugged in to social media are losing face-to-face social skills according a UCLA study.

The University of California, Los Angeles says children are losing the ability to identify emotions because they are having less face-to-face interaction because of their increased use of social media to communicate.

The UCLA psychologists studied more than 100 sixth-graders and split them into two groups.

One half of the group went into camp and was not allowed access to electronic devices which, for most, was an issue for the first day or two before they quickly adapted to the situation.

At the beginning and also at the end of the study, each student was asked to evaluate other people’s emotions in a series of 48 pictures and videos.

They showed images of people who were happy, sad, angry or scared as well as videos of actors interacting with one another before being asked to describe the character’s emotions.

Researchers found the group of sixth-graders who went five days without looking at a smartphone or other digital screens were substantially more responsive at reading human emotions.

They were able to more readily read facial emotions and non-verbal cues compared to the students who were allowed to continue using their devices.

“Many people are looking at the benefits of digital media in education, and not many are looking at the costs,” said Patricia Greenfield, a distinguished professor of psychology in the UCLA College and senior author of the study.

“Decreased sensitivity to emotional cues — losing the ability to understand the emotions of other people — is one of the costs.

“The displacement of in-person social interaction by screen interaction seems to be reducing social skills.”