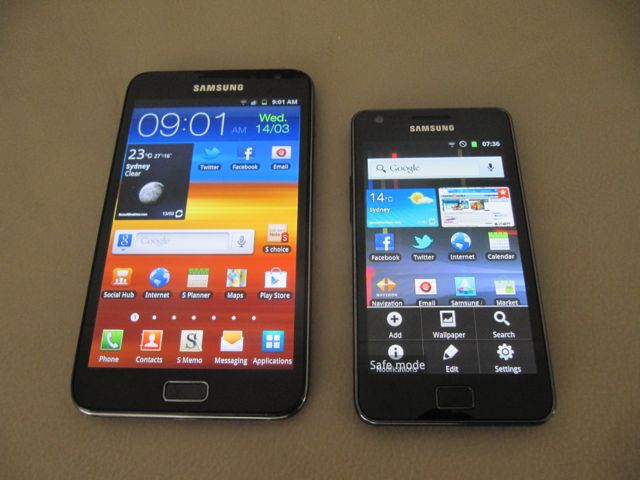 Samsung will release a smartphone with a massive 6-inch screen that features dual boot mode to run both Android and Windows Mobile operating system.

The device will be available worldwide in the second half of 2012 following the huge success of the 5.3-inch Galaxy Note.

The Galaxy Big Note – as the device is being referred to in the labs of the Samsung research and development centre in South Korea – will also feature another world first.

It will be the world’s first dual boot smartphone which means users can run both Android or Windows Phone operating systems.

Users simply choose which system they want to use for the day when they turn the device on by clicking either the Android or Windows icon.

“We saw the huge success of the Galaxy Note but we knew we could do better,” says Samsung research spokesman Runinda Park.

“Having an even 6-inch screen will also put all those users at ease who were disturbed by having an odd-numbered size screen.

“While users loved the quality if the 5.3-inch screen – there were calls to reduce it to 5.2-inch or increase to 5.4-inch.

“So what we did was go all out and go even bigger to an even 6-inch display.”

For more information head to www.galaxybignote.com.

Kogan to buy Sony and LG

iPhone 5 will be thought controlled