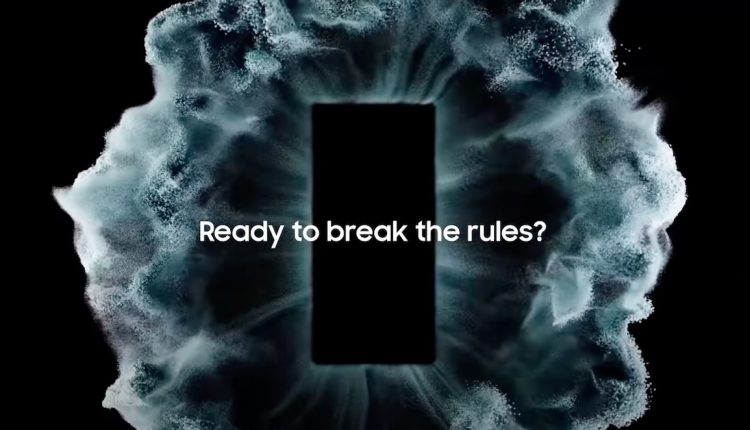 Samsung has released a teaser video ahead of the highly anticipated launch of the flagship Galaxy S22 smartphone in the coming weeks which is rumoured to incorporate the features of the once popular Galaxy Note device as well.

Samsung’s Dr TM Roh – head and president of the MX Business – released a blog and confirmed there will be an Unpacked event in February when we will be introduced to the Samsung Galaxy S22.

In his blog, Dr Roh mentioned the absence of an updated Galaxy Note.

“In a sea of smartphone sameness and iterative updates, our ambition remains firm: to detect the signals that transformation is stirring – by listening to your feedback – and continue to deliver mobile experiences that empower us all to evolve,” Dr Roh said in his blog.

“We know many of you were surprised when Samsung didn’t release a new Galaxy Note last year.

“You loved the unparalleled creativity and efficiency of the Galaxy Note series, which enabled you to switch from gaming nirvana to high-octane productivity in the blink of an eye.

“You raved about the lifelike S Pen, which many say rivals putting ink to paper. And we haven’t forgotten about these experiences you love.

Dr Roh goes on to say we will be introduced to a “noteworthy” S series device.

“At Unpacked in February 2022, we’ll introduce you to the most noteworthy S series device we’ve ever created,” he said.

“The next generation of Galaxy S is here, bringing together the greatest experiences of our Samsung Galaxy into one ultimate device.

“With it, you will own the night – taking the best and brightest photos and videos you’ve ever captured with a phone.

“You will also dominate the day with power, speed and tools that can’t be found elsewhere. “You will enjoy cutting edge-innovations made possible thanks to the smartest

All the displays will have a 120Hz adaptive refresh rate and the devices will be powered by the Snapdragon 8 Gen 1/Exynos 2200 and will have at least 8GB RAM.

Design-wise, the device will look similar to the Galaxy S21 but with a sleeker camera module on the rear panel, according to reports.

The biggest change will be seen with the Galaxy S22 Ultra which will have a flatter and more rectangular look – a lot like the Galaxy Note smartphones of the past.

It will also be slightly wider so it can store an S Pen within its chassis.

Judging by this, it appears the Galaxy Note has been retired – but its features and the S Pen have been transitioned to the S22 Ultra.

Last year Samsung’s brought S Pen compatibility with the S21 Ultra – but this year the S22 Ultra will take over from the Galaxy Note.

The Samsung Unpacked event will be held in early to mid-February before the Mobile World Congress in Barcelona kicks off on Feb 28.

Stay tuned to Tech Guide for the latest news on the Samsung Galaxy S22.