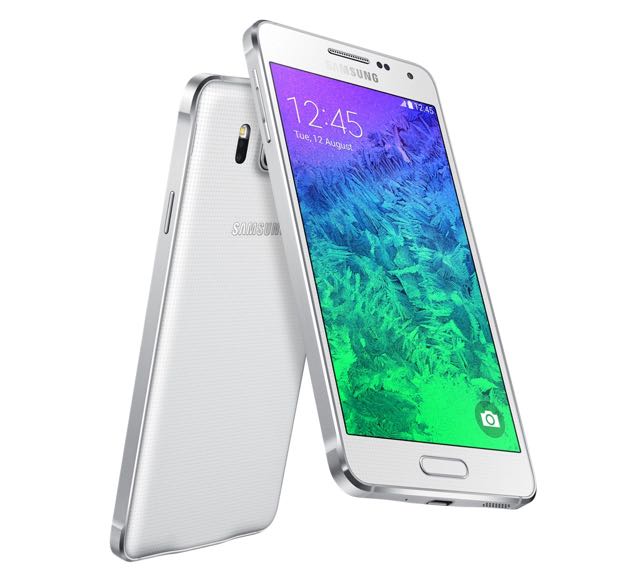 Samsung has quietly revealed the new Galaxy Alpha smartphone which is being positioned to take on the soon-to-be-released iPhone 6 from Apple.

Without its usual fanfare and lavish launch events, Samsung chose the stealth option to announce the new flagship device which has a metal frame and a 4.7-inch Super AMOLED screen.

Due for release in early September, the Samsung Galaxy Alpha will be going head to head with the new iPhone which should also hit the market in mid to late September.

The war between Samsung and Apple has raging for some time.

The Korean electronics giant has taken aim at Apple in a few ads that try to highlight the iPhone’s shortcomings.

In the latest ad, Samsung has portrayed iPhone users as “wall huggers” because they need to be close to power point to charge their devices.

The Galaxy Alpha looks like being the latest weapon in Samsung’s arsenal.

The new device’s metal frame offers a more premium feel following criticism of its Galaxy S3, S4 and S5 phones being too plastic.

Interestingly the Galaxy Alpha has a 4.7-inch screen – rumoured to be the size of the iPhone 6 screen – which is easier to operate with one hand than the larger 5-inch smartphones on the market.

Also onboard is 2GB RAM, 32GB internal memory but does not have a microSD slot to expand the memory.

“The Galaxy Alpha was built and designed based on the specific desires of the consumer market,” said JK Shin, CEO and Head of IT & Mobile Communication at Samsung Electronics.

“With an entirely new appearance, the Galaxy Alpha focuses on both beauty and functionality combining a stunning metal frame and slim, light weight design with the same powerful hardware and features users expect from a flagship Galaxy mobile device.”

The Galaxy Alpha will be available in September with colour options determined by market to include charcoal black, dazzling white, frosted gold, sleek silver and scuba blue.

Get your tech fix with Two Blokes Talking Tech Episode 171