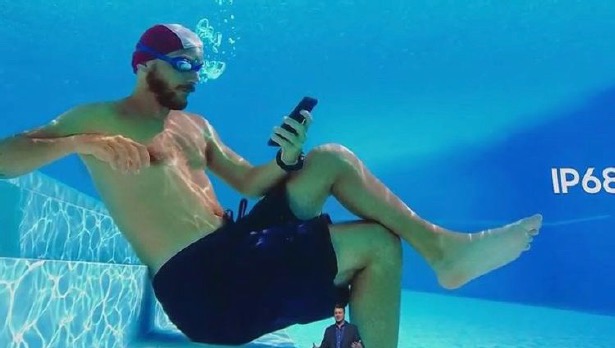 Samsung will vigorously defend itself in the Federal Court against claims from the ACCC that it allegedly made “false, misleading and deceptive” claims in its advertisements about the water resistance of its Galaxy smartphones.

The ACCC (Australian Competition and Consumer Commission) case will bring into evidence more than 300 ads dating back as far as 2016 showing the Galaxy phones being used in swimming pools and in the surf.

“The ACCC alleges Samsung’s advertisements falsely and misleadingly represented Galaxy phones would be suitable for use in, or for exposure to, all types of water, including in ocean water and swimming pools, and would not be affected by such exposure to water for the life of the phone, when this was not the case,” ACCC Chair Rod Sims said.

Samsung it will defend the action and released this statement:

Samsung Electronics Australia (Samsung) notes the legal action launched against it today by the Australian Competition and Consumer Commission (ACCC) in relation to the marketing of a number of Samsung’s water resistant smartphones.

Samsung intends to defend the court proceedings brought by the ACCC. 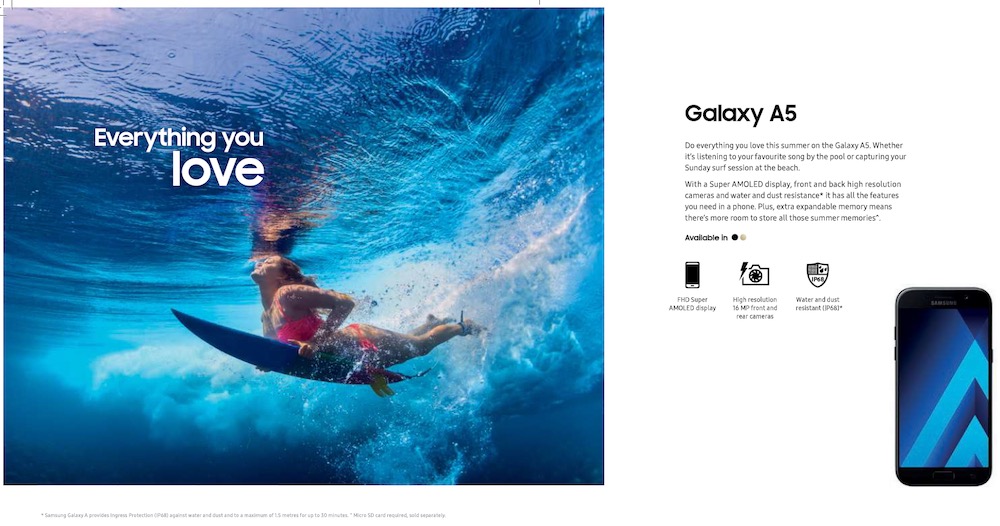 “Samsung stands by its marketing and advertising of the water resistancy of its smartphones. We are also confident that we provide customers with free-of-charge remedies in a manner consistent with Samsung’s obligations under its manufacturer warranty and the Australian Consumer Law,” the statement said.

“Customer satisfaction is a top priority for Samsung and we are committed to acting in the best interest of our customers.”

Samsung’s Galaxy smartphones have an IP68 rating which means they can submerged for up to 30 minutes at depth of 1.5m.

The ACCC claims Samsung did not test or know of testing about how water (including non-fresh) water would affect its usable life.

It also holds the view that using Galaxy phones in anything other than fresh water could damage them.

The ACCC says the Samsung website includes the disclaimer “not advised for beach or pool use”.

The consumer body will also claim it has denied clams from consumers whose phones were water damaged. 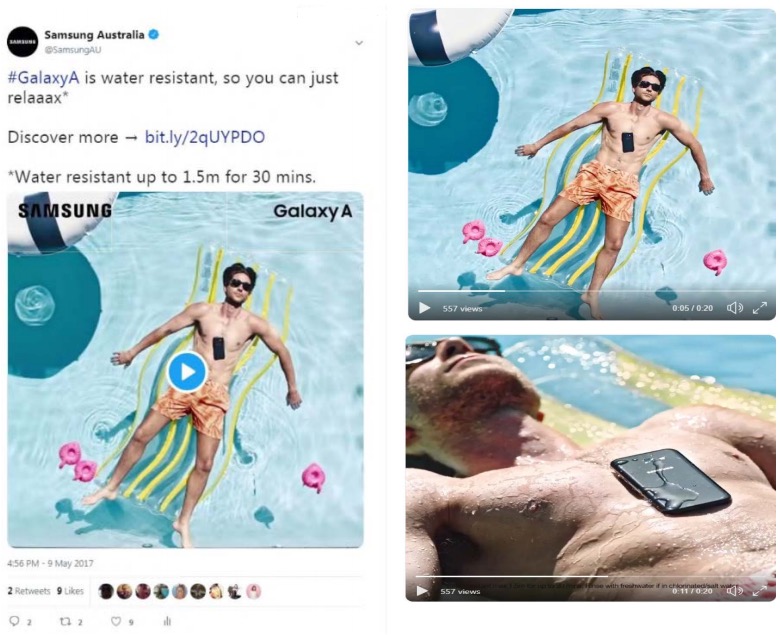 The ACCC claims the representations on the ads are “false, misleading and deceptive” as the Samsung devices were not suitable for use in all types of water.

“Samsung itself has acknowledged that water resistance is an important factor influencing Australian consumer decisions when they choose what mobile phone to purchase,” Mr Sims said.

“Samsung showed the Galaxy phones used in situations they shouldn’t be to attract customers.

“Under the Australian Consumer Law, businesses cannot mislead consumers about their products’ capabilities. Any attempt to do so will risk court action from the ACCC.”

The ACCC is seeking penalties, consumer redress orders, injunctions, declarations, publication orders and an order as to findings of fact as well as costs.

The NBN may charge a “Netflix Tax” – you’re kidding me right?