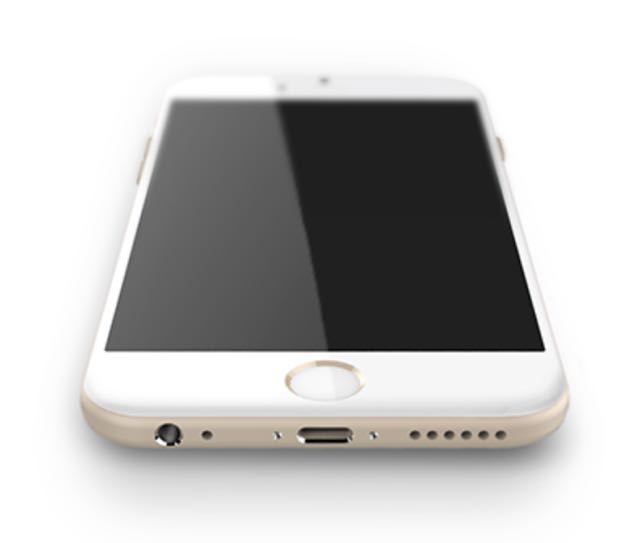 Apple’s event to launch new iPhones this week has been the subject of much rumour and speculation but here’s what we can expect to see.

The venue – the Flint Centre for the Performing Arts in Cupertino – suggests Apple has something special to announce.

It was here 30 years ago that Steve Jobs introduced the original Mac to the world in 1984.

But while the iPhone rumours have been consistent it could be the iWatch – Apple’s rumoured wearable device – that may steal the show.

Here’s Tech Guide’s look at what we can expect to see:

The most obvious rumour is Apple’s decision to go bigger with the iPhone’s screen.

The 4-inch iPhone 5 and iPhone 5S has been literally dwarfed by the other smartphones on the market with the sweet spot being a 5-inch display.

But the consistent belief is that there will be actually two iPhones – a 4.7-inch and a 5.5-inch device.

There have been lots of shots of alleged models of the iPhones and they have all had a similar look which leads us to belief they are likely to be accurate.

The rumour about an Apple wearable device has been around for a long time and this event is likely to be where the company reveals it to the world.

Despite the consistency of the rumours, there is surprisingly little information about the actual device itself.

The biggest clues that Apple was even interested in the wearable space was the announcement of the Health Kit and Home Kit at the Worldwide Developers Conference.

The iWatch – if it is even called the iWatch – would track your health, heart rate and steps, sleep etc as well as being able to connect to your iPhone and also control wireless devices on your home network.

Size of the display and even the look of the device is still a mystery which may be because Apple has decided to manufacture the device in the US.

If an iWatch is unveiled at this week’s event, we think it is likely to be a preview to the product that may not be available until 2015.

While yes there will be a new iPhone or new iPhones, what the new device will be called is also up for debate.

The obvious name would be iPhone 6 but the likelihood there will be two devices will throw this naming convention out.

We believe this could be the first year where Apple breaks with tradition and gives the iPhone a name rather than a number.

With that in mind, and the fact there may be two iPhones launched we looked at other products in Apple’s portfolio for guidance.

We have an iPad Air and a MacBook Air. We also have a MacBook Pro.

Could we have an iPhone Air? This would be the 4.7-inch iPhone. The 5.5-inch iPhone may become the iPhone Pro.

Apple usually redesigns the iPhone every two years and this year we’re due for that new look.

It’s a safe bet to say the device will have a new look. If the alleged leaked images are anything to go by the new iPhone will have a more rounded look.

It will also be much thinner at less than 7mm – one rumour has it at 6.5mm.

There will also be new-look volume keys and the lock key may also be relocated on the side.

Apple already uses sapphire glass on the home button of the iPhone 5S above the Touch ID fingerprint reader.

It is known as a much stronger material than Gorilla Glass but is more expensive to produce.

There have been suggestions the new iPhones and the rumoured iWatch will have sapphire screens.

A screen part alleged to be the new iPhone’s display cover was at first thought to be sapphire glass.

It was able to be bent without snapping or breaking but a scratch test showed it may not be sapphire glass at all.

When brushed with the sandpaper the screen showed scratches whereas the home button – known to be sapphire – did not.

Apple is the only major smartphone maker that has not included NFC in its devices but that will probably all change with the latest iPhone.

NFC will allow the iPhone to be used to make mobile payments and also share content simply by touching the iPhone to a terminal or another device.

There are reportedly a number retail partners already lined who will be allowing iPhone payments.

Apple has supposedly created a new and faster A8 processor to power the new iPhones.

It will be smaller than the A7 chip used in the iPhone 5S but will reportedly offer the same greater efficiency to reduce power consumption and make the battery last longer.

The path of improvement for many smartphones has always included better camera with greater resolution.

While Apple has insisted higher resolutions don’t always result in better cameras, this time out the company is likely to move up to a 13-megapixel sensor.

Rumour is Sony is supplying the 13-megapixel sensor for the iPhone camera.

The new and faster wi-fi standard that is already available on rival smartphones and tablets will be introduced on the latest iPhone.

It wasn’t included in the iPhone 5S or the iPad Air was because it would have been too taxing on the battery.

That issue has been resolved and 802.11ac – which is up to three times faster than the previous 802.11n – will be onboard the new iPhone.