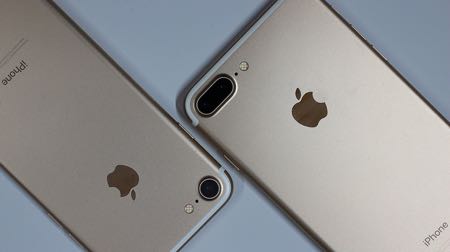 How the price of the iPhone has increased over the years

The iPhone XS Max grabbed negative headlines earlier this month, when its $AUD2,369 (it costs $US1449 in the US) price was announced. The eye-popping figure means that Apple has increased the price of its top-model iPhone by its highest ever amount.

It all begs the question: are iPhones actually more expensive than they were a decade ago?

We’re taking a trip down memory lane to see how its price has evolved over the years.

The iPhone revolutionized the smartphone market more than a decade ago. Back then, the device’s 3.5-inch touchscreen display, in-built browser, and media playback were classed as state of the art tech.

It also came equipped with a 2MP camera and 8GB of storage. This allowed users to store hundreds of photographs and songs all on one device.

Ironically, the introduction of the phone marked the beginning of the end for one of Apple’s other most successful devices: the iPod.

The original iPhone released in 2007 was not sold in Australia.

The successor to the original iPhone capitalized on the introduction of high-speed mobile browsing through 3G technology. Along with greater browsing speeds, the phone also provided users with their first taste of the Apple’s App Store.

While its name didn’t suggest much change, the iPhone 3GS introduced a range of enhancements to help keep Apple at the top of the mobile market.

The device’s camera was bumped to a 3.2MP snapper that could now record video for the first time. On top of this, there was also more storage and faster performance.

Things moved up a gear with the launch of the iPhone 4. It boasted a thinner design and the first Retina display. Camera performance also improved markedly thanks to its 5MP lens and HD video capabilities.

Despite a huge price increase over its previous incarnation, the device smashed sales records worldwide.

By now Apple had settled into a routine of releasing a yearly upgrade of each device. The 4S might have looked the same as its predecessor, but it boasted a speedy A5 processor under the hood.

Apple once again ran ahead  of the market at the time, with a 8MP camera and 1080p video recording on the 4S.

It was all change on the design front with the iPhone 5. Apple not only changed screen size but also its aspect ratio.

This iPhone was also 20% lighter and thinner than before, thanks to a new aluminum body.

Internally, Apple’s latest A6 processor ensured it delivered faster performance levels than any of its predecessors.

Sadly, the iPhone 5 was the last device overseen by Apple founder Steve Jobs.

With Android making gains in the middle-priced mobile market, Apple decided to change strategy with the release of two phones – the 5S and 5C – in 2013.

The latter was essentially a repacked iPhone 5 made with a cheaper plastic back and larger battery.

The 5S, however, continued Apple’s tradition of fine-tuning, with an improved camera and the introduction of a fingerprint scanner on the device’s home button.

Screen size was the talk of the town with Apple’s eigth generation iPhones. The 6 Plus introduced a whopping 5.5-inch full high definition display that saw Apple introduce itself into the phablet market with a bang.

Its sister model, the iPhone 6, wasn’t far behind, with a new larger 4.7-inch display in comparison with its predecessor.

While the ninth generation of iPhones didn’t change design-wise, Apple’s internal tinkering still made it unique.

There was an improved 12MP camera, a faster A9 processing chip, and perhaps most interestingly, 3D Touch.

Apple stuck with the trend of releasing two different sized models for its tenth generation of iPhones.

While both devices’ cameras received praise, it was only the iPhone 7 Plus that came equipped with a 2x lossless optical zoom.

Both devices did share an Apple first: a waterproof rating. Their IP67 ratings meant that users could submerge their iPhones for the first time without fear of damage.

Never one to stick to tradition, Apple released three brand new smartphones for the first time in 2017.

The iPhone 8 and 8 Plus saw improvements on their predecessors. It came with a better camera and processor onboard.

The most visually striking feature was a glass back. That meant wireless charging was possible for the first time.

Buyers’ attention, quickly turned to the iPhone X, Apple’s top of the range model. Its $US999 price tag meant it was the most expensive smartphone ever released at the time.

Apple justified the steep price with a 5.8-inch display, that encompassed the whole front face of the phone. This allowed users to navigate through their phone using gestures instead of a dedicated home button.

The loss of the home button saw fingerprint technology replaced by a new 3D facial scanner. This became part of the phone’s much talked about notch.

Meet the new-look and simplified Messenger