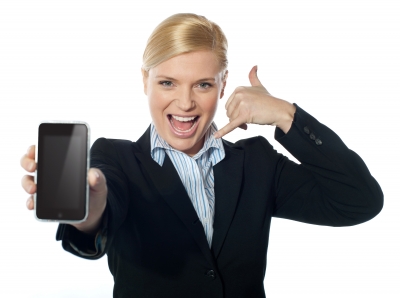 Our smartphones can tell a lot about the type of person we are, according to the latest research by Optus and a leading Australian psychologist.

Australia is actually the second largest user of smartphones in the world on average behind Singapore.

But psychology associate professor Amanda Gordon says our smartphones are also a window into our personality.

A survey was conducted among 1000 Australians aged 18 years and over from around the country which found four main types of smartphone users.

Professor Gordon analysed the results and named these four main personality types of smartphone users – the Zookeeper, the COP (Constantly Online Professional), the FOMO (Fear of Missing Out) and the Social Creator.

The Zookeeper – 34 per cent of all smartphone users

This group accounts for the largest smartphone personality type. The Zookeeper is a professional organiser who is trying to arrange themselves and their family’s busy timetable. Email and the calendar and weather apps are the most often used items on their device.

The Constantly Online Professional (COP) is always contactable anytime of the day or night and their device is the centre of their life so they can work, socialise and play on the go. They regularly use email and are also high users of gaming apps.

This user’s biggest concern is missing out so they are always trying to be in the know and part of the conversation by constantly checking up on what their friends are up to. It’s no surprise to know they are heavily into social networking and constantly attached to their device.

The Social Creator – 13 per cent

These users are ahead of the curve and always on the lookout for new information. They are conversation starters who always want to voice their opinion and never just follow the crowd. They access news and current affairs on their smartphones and review apps like IMDB, Trip Advisor and UrbanSpoon.

Optus managing director of marketing Michael Smith says the research shows smartphones are being used by a wide variety of people.

“These days consumers have so much choice when it comes to mobile technology and applications, it is no surprise that the typical smartphone user extends beyond tech-lovers or business professionals,” he said.

“Mums, young adults and social creators are now embracing this technology, customising their smartphones to suit their different lifestyle needs.”