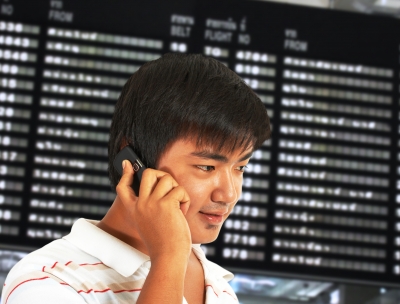 Optus has announced new plans for travellers that will allow them to use their mobiles overseas without coming home to a huge bill.

Starting from November, the Optus Travel Pack will give customers unlimited calls and texts and 30MB of data for $10 a day when visiting popular destinations like the US and Europe.

But in the meantime, starting in mid-September, Optus will reorganise its five geographical pricing zones into just two.

In Zone 1 will be New Zealand, Pacific Islands, Europe, UK, US, Canada and Asia while Zone 2 will include Latin America, Africa and the Middle East.

These Optus travel rates will be available for new and existing customers from mid-September.

The $10 a day flat rate Optus Travel Pack will be on offer from November for use in the countries Optus has included in the Zone 1 list.

Optus’s own research says 55 per cent of customers who use existing roaming services have had a negative experience with large bills with 33 per cent receiving bills in excess of $1000.

“Optus understands that people want to use their phones while travelling so we’ve made our prices fairer and simpler for the whole world,” said Vicky Brady, managing director, customer for Optus.

“We want our customers to feel confident in using their phones overseas and know that they don’t have to worry about the phone bill when they return.”

This move by Optus follows a similar announcement recently by Vodafone that announced $5 roaming caps.

New Optus smart plans will save you from bill shock

Optus looks to its customers to improve its network