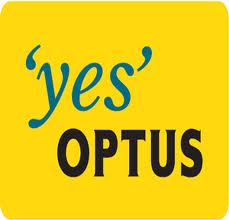 Optus is this week celebrating its 20th birthday. The company commenced operations back on January 31, 1992 after being awarded Australia’s first competitive carrier licence.

Optus got its name from the phrase “opt for us” to show customers now had a choice in the telecommunication space.

Today Optus has more than nine million mobile customers and one million fixed and broadband users.

Even though the company began in January 1992 it wouldn’t be until June 15, 1992 before it began selling services to Australian customers.

On that day Optus opened its first store in Sydney on the corner of Pitt and Spring Street.

The cheapest mobile Optus offered at the time was a $750 Motorola handset which came with a $65 connection fee and a $30 monthly line rental fee.

But before mobile took hold and became a product we all use, Optus’s main business was selling long distance services.

Customers who wanted to use Optus for their long distance calls simply had to dial 1 before their number.

In 2011 Optus offered an IPTV service called MeTV to its customers for the first time.