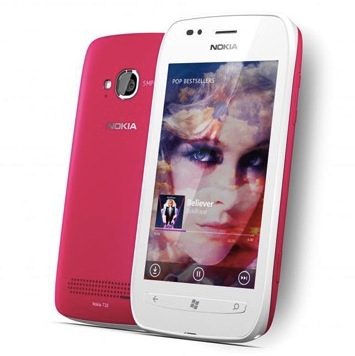 Later in 2012, Nokia will release the flagship of the range – the Lumia 900 featuring a 4.5-inch screen and 4G compatibility.

Next month’s releases – the Lumia 710 will be offered exclusively through Optus and Virgin while the Lumia 800 – will be available through all mobile carriers – Telstra, Optus and Vodafone.

The Nokia Lumia 710 runs Windows Mobile 7.5 and features a 3.7-inch TFT screen, a 5 megapixel camera and changeable front and back covers.

Lumia 800 has a 3.7-inch AMOLED ClearBlack screen with an 8 megapixel camera and Carl Zeiss lens and a 1.4Ghz processor.

The Windows Phone operating system features live tiles on the homescreen which shows real-time information like the number of unread emails and new social networking updates.

The homescreen provides information on the tile without the need to dive down into the app to find it.

For example, the eBay app allows users to pin individual items they are watching on their homescreen to easily check it at a glance.

The Windows App market already has more than 60,000 apps and has become the fastest growing app store of any smartphone.

Stay tuned to Tech Guide for a complete review of the Nokia Lumia 800 in the coming weeks.