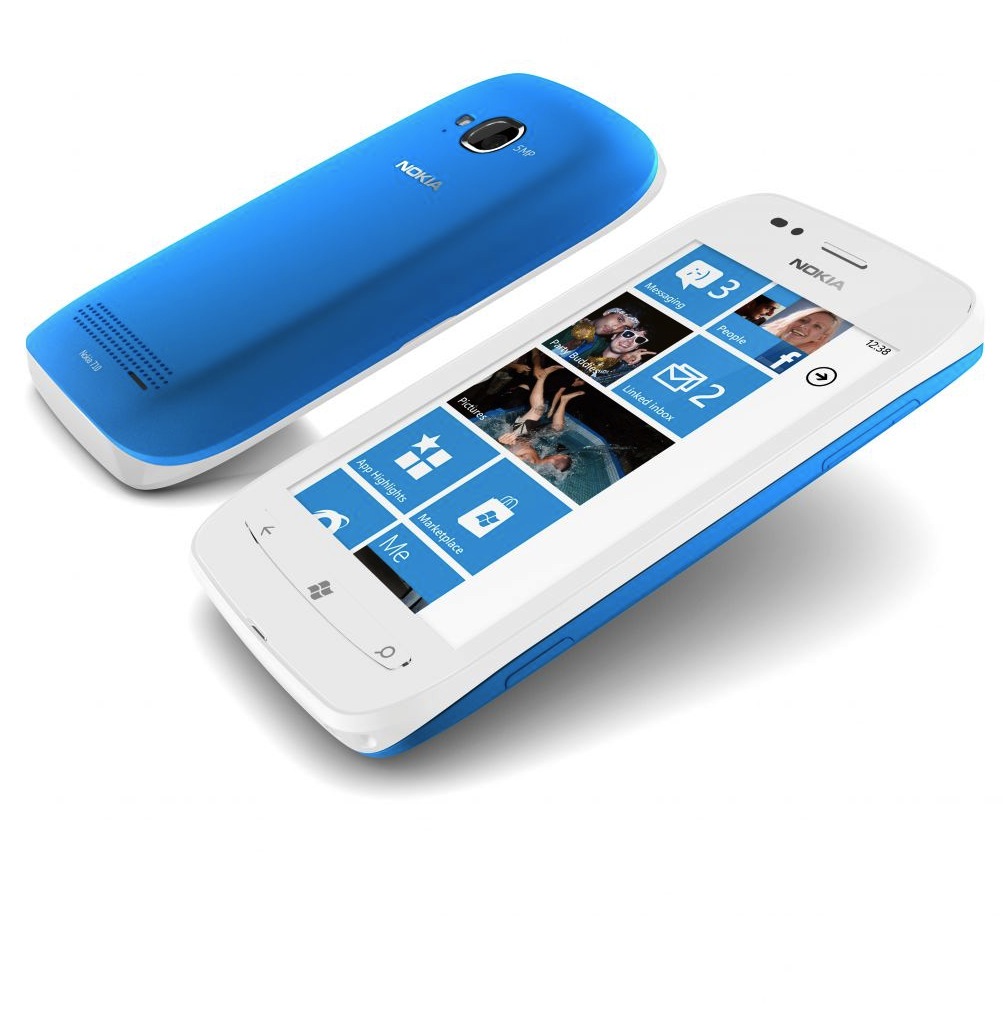 Nokia has showcased its first range of new smartphones which will be powered by Microsoft’s Windows Phone 7.5 at Nokia World in London.

The Lumia 800 and Lumia 710 both have colourful eye-catching designs and bring together  social, communication and entertainment experiences.

They also include Nokia Drive – a complete mapping and GPS system and Nokia Music – a free global music streaming application with hundreds of channels.

This is basically the same design as the recently released Nokia N9 but with one major difference – it has Windows Phone 7.5 on board instead of MeeGo.

Available in cyan, magenta and black, the Lumia 800 has a 3.7-inch AMOLED curved display and a 1.4Ghz processor with hardware acceleration and graphics processing.

There’s also a quality 8 megapixel camera with Carl Zeiss lens and 16GB internal memory. The Lumia 800 will be available in early 2012.

Billed as a more affordable smartphone, the Lumia 710 harks back to the Nokia handsets of old with the ability to change the back cover with five different colours available.

User can have either black and white for front face and then choose between black, white, cyan fuchia and yellow for the back.

On board is Windows Phone, a 1.4Ghz processor, 5 megapixel camera and 8GB on board storage. The Lumia 710 will be available early next year.

Both the Lumia 800 and Lumia 710 comes with Nokia Drive which turns the handset into a fully-fledged GPS device complete with free turn-by-turn navigation with a dedicated in-car user interface.

This includes a free service called MixRadio which is a global music streaming application with hundreds of channels to suit your music taste. Also includes in Nokia Music is GigFinder which allows users to search for live local music and share their experiences via social networks.

Nokia Pulse allows users to send location-based updates and photos which can be sent privately to your friends and family rather than for everyone to see on social networks to add your whereabouts to your conversations.

This turns the phone’s camera view into a reality augmenting tool so it can be pointed to a building, tourist attraction or street and names and information are super-imposed over the image to give users easy access to that local knowledge.

Nokia World wasn’t all about high end smartphones. Also revealed was a range of devices called Asha which combine both touchscreen, qwerty keyboards and numeric keypads for easy access to social networks and the internet. The Nokia Asha range of devices will be available before the end of 2011.