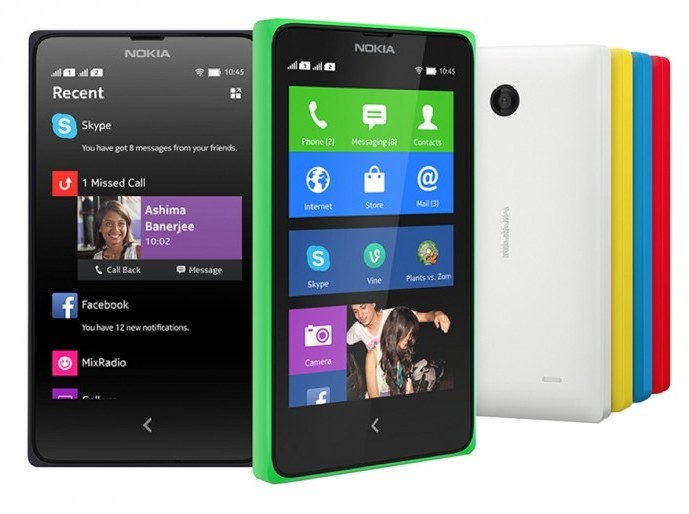 Nokia has revealed a number of new devices at the Mobile World Congress in Barcelona including the company’s first range of Android smartphones.

This is the first time since Nokia’s partnership in 2011 and eventual buy-out from Microsoft last year that the Finnish manufacturer has deviated from Microsoft’s own Windows Phone operating system and created an Android device.

The Nokia X, X+ and XL are aimed at the lower entry level of the market and developing countries.

“This may be a few years too late, but it is a much needed move by Nokia to recapture share of the smartphone market by becoming part of the Android ecosystem”, says David McQueen, Principal Analyst, Informa Telecoms & Media.

“By using a number of key elements that have been highly successful in the smartphone industry over the past few years and overlaying it with some of its own significant attributes – and to that I still add brand strength and quality industrial design – Nokia has bridged the gap to its Lumia smartphones by creating a truly irresistible product offering for the affordable segment”.

The Nokia X family of devices carry over the same handset quality and a similar look to the popular Lumia range of Windows Phone products.

But, unlike the Lumia smartphones, the new Nokia X, X+ and XL have an open version of the Android system.

The devices have a tile-based user interface and also include Fastlane – a screen that allows users to switch between their favourite apps quickly and easily.

Users can access the Nokia Store for apps as well as other third party apps stores including the Google Play Store.

Customers can also “sideload” their favourite apps onto the Nokia devices using a memory card.

All of the devices are powered by dual-core processors and also feature dual SIM capability so users can switch between SIM cards.

The Nokia Asha 230 is aimed at users who are purchasing their first smartphone and provides easy access to a range of popular apps.

The Nokia 220 has a 2.4-inch colour screen plus a splash-proof numerical keypad and comes preloaded with Facebook and Twitter apps.