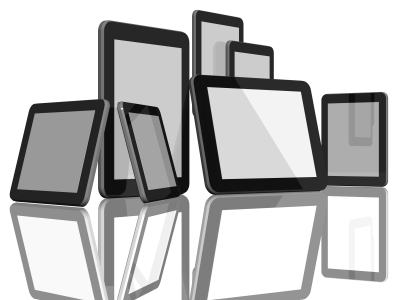 Our mobile habits have been laid bare in the latest Australian Mobile Phone Lifestyle Index (AMPLI) and it’s no surprise we love our tablets and smartphones.

But we’re not particularly happy with our mobile carriers with satisfaction levels decreasing across the board.

The report, commissioned by the Australian Interactive Media Industry Association (AIMIA), shows 38 per cent of respondents now own a tablet – up from only 16 per cent last year.

An additional 33 per cent said they were planning to purchase tablet within the next 12 months.

On the smartphone side, 76 per cent own a device which is an increase from last year’s figure of 67 per cent.

And 40 per cent of those who don’t own a smartphone intend to get themselves a device within a year.

Apple iPad and iPhone were the clear leaders in both categories according to the AMPLI report.

The iPad holds a 75 per cent market share with the most popular uses listed as browsing the web, entertainment and email.

Apple’s iPhone has also steadily increased in popularity over the last four years according to the report with Samsung and HTC showing slower growth while many other brands have actually lost market share.

Each of mobile carriers was given a frank assessment by respondents with Virgin receiving the most positive responses across a wider range of services except network coverage.

Telstra, not surprisingly, received a high satisfaction score for its network coverage compared with other carriers.

Vodafone fared worst across the board, according to the report.

App usage is also on the rise. 84 per cent of respondents use a combination of websites and applications to access their online content.