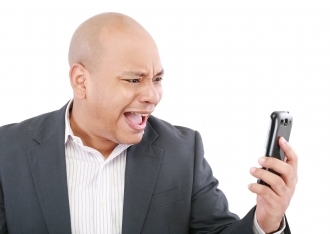 Nearly half of all Australian mobile subscribers have switched their provider within the last three years because of high bills, a new study has found.

Tech analyst Telsyte says 46 per cent of Australians have changed their mobile operator to try and find a better deal.

Customer dissatisfaction has been the biggest driver but another reason for change has been attractive deals from MVNOs (mobile virtual network operators).

MVNOs like Amaysim, Boost Mobile and Aldi among others, offer SIM only plans that are cheaper month to month because users aren’t paying off a handset on a contract.

Nearly 40 per cent of mobile users are planning or considering changing providers in the next year especially those who have come off a fixed contract.

Telstye says 15 per cent have experienced “bill shock” with unexpectedly high mobile bills in the past year and are two and half times more likely to desert their current provider to find something better.

Amaysim and Telstra were the top two rated providers respectively according to a Telsyte survey which covered eight key areas including network reliability, coverage, price and customer service.

“With sustainable alternatives like Amaysim here to stay, it’s no surprise that Australians are feeling empowered enough to switch en masse,” says Rolf Hansen, Founder and CEO of Amaysim.

“Lock-in contracts, poor customer service and billshock have been the telco terrible trio for too long and Aussies are now voting with their feet. The fact that over half a million people now call Amaysim home and we’re well on the way to the one million mark is testament to this.”

But the key difference between MVNOs and regular operators is access to 4G/LTE network speeds.

MVNOs have less access to wholesale 4G/LTE than they do to 3G/HSPA+ services.

Telsyte predicts 4G/LTE will make up 70 per cent of all mobile services by 2017 with main carriers expected to compete with “family deals” and bundling of services.

Many users are unaware of their smartphone data limit