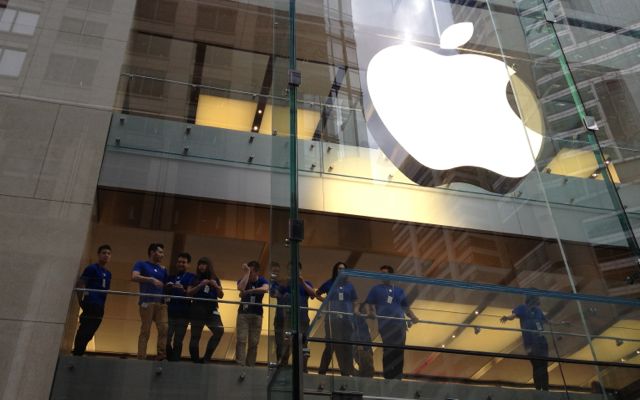 Most iPhone 5 buyers upgrading from an older iPhone

The majority of customers who purchased the iPhone 5 on the opening day were existing iPhone users upgrading from an earlier model.

In a survey of people in line to purchase the iPhone 5 at Apple’s New York stores 64 per cent of respondents were current iPhone customers according to a Topeka Capital Markets analysis published at Mac Rumors.

Interestingly 50 per cent of iPhone upgraders were upgrading from the most recent model – the iPhone 4S – which was released less than a year ago.

11 per cent were coming from the iPhone 4 and 3 per cent from the 3GS.

The other 36 per cent of the total people surveyed were non-iPhone users looking to make the iPhone 5 their first Apple smartphone.

From this group the Topeka Capital Market report found Nokia and HTC were the most popular brands being dumped for the iPhone 5.

Most customers were also opting for the Black/Slate model (56 per cent) over the White/Silver (44 per cent) version.

In Australia, the first country in the world to get the iPhone 5, the Black/Slate 64GB was the overwhelming favourite among customers and stores who contacted Tech Guide.

Non-Apple stores were putting up the sold out signs as early as lunchtime.

Telstra and Optus stores were telling customers that new iPhone 5 stock would arrive on Monday.

Naturally Apple stores held the lion’s share of stock with customers still walking out with an iPhone despite lines hundreds of metres long.

If you’re looking to buy an iPhone 5 either outright or on a contract this weekend – your best bet is to go to an Apple store.

But it wasn’t all smooth sailing at the Apple Stores for the launch of the iPhone 5 yesterday.

Tech Guide readers have reported some incidents and mishaps at Apple Stores.

One man was singled out and questioned in the line outside the Bondi Apple store by police who thought he’d stolen an iPhone 5 from the display table.

What had actually happened was the man arrived to look at the iPhone 5 before deciding to get in the line to buy it. When he was standing at the table an alarm went off.

He had his iPhone 4 in his hand to compare the size with the new iPhone 5 and Apple store staff assumed he’d walked out with what appeared to be a new iPhone and promptly pointed the police in his direction.

Tech Guide has confirmed from an outside source that Apple hire police specifically to provide added security and crowd control on launch days.

The man was asked for ID and questioned by police in the line for several minutes.

Another customer reported a dent on their brand new iPhone which hadn’t even been taken out of the box yet. The customer said Apple class these damaged products as DOA – dead on arrival.

There were also payment glitches reported as well with the remote payment app used by staff on their Apple devices crashing midway through a transaction.

The result was staff not knowing if the device had actually been paid for or whether they customers had paid for the iPhone a second time when they tried again.