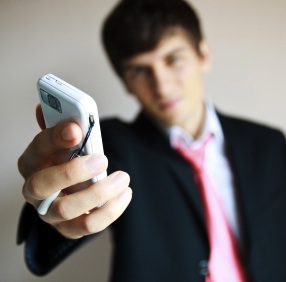 Most Australian travellers in fear of high mobile roaming costs

Australians are so scared of being slugged with mobile roaming charges, 92 per cent of travellers feel the need to make a cost-saving strategy while they are overseas.

A study by Vodafone has found a high level of fear among Australians heading to other countries that they will not be able to manage the costs associated with using their smartphone on their travels.

Of the respondents, 92 per cent said they had to come up with a plan to keep a lid on mobile costs including buying local SIM cards, looking for free wi-fi hotspots and even turning off notifications and voicemail.

At the same time travellers want to maintain some connection to not only keep in touch with loved ones back home but to also share their experiences on social media.

And that’s where the frustration shows because for most customers using your own number overseas will mean coming home to a bill that may be as high as the cost of your entire holiday.

As many as 78 per cent of Australians are concerned about their mobile costs when they travel.

More than six million Australians went overseas in the last 12 months with 85 per cent using their mobiles while they were away.

Vodafone offers its customers a $5 a day travel pack that allows them to continue using their devices and the features of their respective plans, including data allowances and calls, while they are overseas.

The upside of that is that customers have a clear and transparent way of calculating their mobile costs while they are travelling.

While overseas we use our devices to stay connected with 66 per cent sending and receiving texts messages, 52 per cent to send and receive emails, 48 per cent to make and receive calls and 44 per cent having it by their sides in case of emergency.

Australians also use a lot of data while travelling with the most popular uses being social media (40 per cent), navigations/maps (34 per cent), sharing moments with pictures and videos (32 per cent) and to access local information like places to visits and restaurants (30 per cent).

Up to 75 per cent of Australians also used mobile phone apps when travelling overseas; the most popular being: email apps (58 per cent), Facebook (55 per cent), Google Maps (38 per cent), Skype (26 per cent) and TripAdvisor (25 per cent)

“Vodafone offers its customers a flat $5 a day fee to simply use their normal included calls, text and data in almost 40 countries.

“It allows Aussie travellers to use their phones exactly the same as they would at home.

“Australians love their smartphones, and now more than ever, mobile connectivity is becoming an essential part of our travel plans, along with tickets, a passport and credit card.”

How to create a unique Christmas gift with your iPhoto pictures