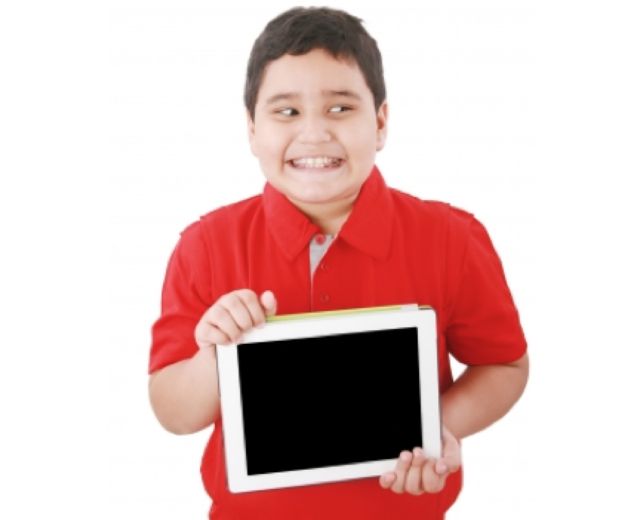 Children as young as three are regularly using mobile devices, according to a new survey conducted by internet security experts Trend Micro.

The company surveyed more than 1000 parents in its inaugural Australian Children and Mobile Device Survey.

This is despite the fact that Australian parents still believe the appropriate age for children to start using mobile devices is 10.6 years old.

But, as the figures show, exposure to smartphones and tablets start at a much younger age.

The study found most children between eight and 15 spent between one and three hours per day on a mobile device.

And tablets were the main devices (60 per cent) for three to 11 year olds while smartphones were more popular for the 12-15 year olds.

On the security side, three out of five parents said their children use passcodes and passwords and the same number run some kind of antivirus or security software on their mobile devices.

And 81 per cent of parents talk to their children about the importance of staying safe online but 32 per cent said they believe their children didn’t understand online safety.

“With mobile devices being such a huge part of everyday life for Australian youth, and children spending so much time online, it is crucial for parents to be highly aware of how they can best protect their kids,” said Tim Falinski, Director, Consumer, Australia and New Zealand at Trend Micro.

“It is reassuring to see the results that Australian parents are educating their children about how to stay safe online, however with 32% of parents feeling that their children don’t understand online safety, clearly there is still a way to go with educating children on using the internet safely.”

In terms of mobile usage most children use mobile devices to play games with learning and education coming in second.

1.       On average, Australian parents believe the most appropriate age for children to start using mobile devices is 10 years old however nearly half begin using mobiles devices at age three and own their own device by the time they’re eight years old.

4.       Majority of children between 8 and 15 years old are using their mobile devices between 1-3 hours per day.

5.       Games and mobile apps are the main reason children between 3 and 11 are using mobile devices.

7.       70 per cent of parents are more accepting of mobile devices being used for educational purposes than ever before, believing it will equal an educational advantage compared to past generations.

9.       Children are most likely to use their mobile devices when they’re at home instead of at school, on the go or when hanging with friends.

10.   Younger children are more likely to spend time watching television where 58 per cent of 12 to 15 year olds will use their mobile devices instead of watching TV.

Top Five Facts about Online Safety for our Children

1.       The biggest concern for parents surveyed about their children using mobile devices was their access to inappropriate content followed closely by health-related issues.

2.       3 out of 5 parents say their child/children use passwords and antivirus or security software as protection on their mobile devices

3.       On average, 11 per cent of parents surveyed don’t use any form of mobile security for their children.

4.       Majority of parents surveyed talk to their children about online safety when they’re between eight and 15 years old.

5.       68 per cent of parents surveyed are confident their children understand the importance of online safety.

Seagate Wireless Plus drive can link to mobile devices and computers

The 7 things we’re doing wrong with our gadgets