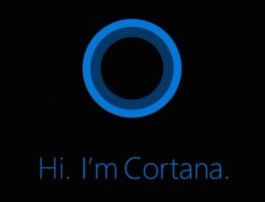 Microsoft has introduced its own version of Apple’s Siri digital assistant for Windows Phone devices – the Halo-inspired Cortana.

Announced at Microsoft’s Build 2014 developer conference in San Francisco, Cortana is part of the new Windows Phone 8.1 update and is powered by Bing and gets to know you better over time.

Onscreen Cortana is represented by a spinning blue circle and was inspired by the Halo character of the same name.

The system is designed to get to know the user by detecting and monitoring the things you care about while trying to filter out the distractions so users can focus on what’s important to them.

Another new feature of Windows Phone 8.1 is Action Centre which is a pull down notification centre to give users a full view of what’s going on, their updates and messages.

The Windows Phone 8.1 update will roll out to current users in the coming months.

Join in and listen to Two Blokes Talking Tech Episode 153