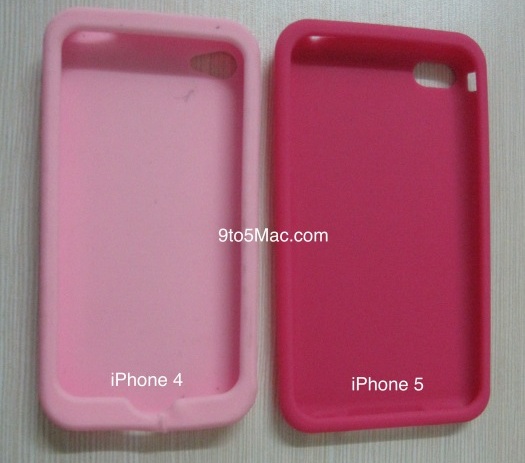 The iPhone 5 will be wider and longer than the iPhone 4 if images of what is said to be the cases for the upcoming iPhone 5 are genuine.

These images, which appeared on the 9to5Mac rumour site, show a silicon case and a hard case that would fit a device with a tapered edge like the iPad 2.

Of all the rumours which have circulated about the upcoming iPhone, one of the most persistent is the fact that the screen is likely to be larger than that found on the iPhone 4 which is 3.5-inch (8.9cm).

And this has been supported by the larger cases shown by 9to5Mac.

MacRumors have come up with a mock-up of what they think the iPhone 5 will look like.

It is now more than a year since the iPhone 4 was released which is unusual for Apple – a company which regularly cycles its products every 12 months or sooner.

The iPad 2 actually appeared just 10 months after the original.

It is anticipated Apple will release the new iPhone sometime in September – the month usually reserved for the annual iPod refresh.

In addition to the device itself, there will also be the new iOS 5 operating system which will be available when the iPhone 5 hits the market.

And if Apple is actually aiming for a September iPhone 5 release date, the device must already be in production