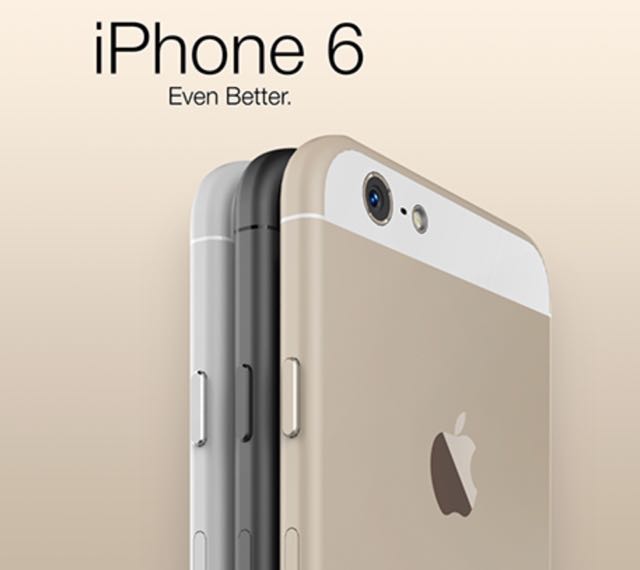 It seems the rumour floodgates have opened ahead of the iPhone 6 launch next month with even more images and specs emerging.

Behance.net, a site that showcases industrial design, has what appear to be the most comprehensive images and stats about the upcoming iPhone.

If the images on Behance are to be believed, the iPhone 6 – which could also be called the iPhone Air – will have a 4.7-inch screen and have a thickness of 6.5mm.

The larger Retina Display, the site says, will be covered with tougher sapphire glass and will have 441ppi (pixels per inch). The current iPhone 5S has 326ppi.

On the design front, the images show a curved edge and three colours – space grey, silver and gold.

There are few details that appear to be inaccurate including the weight at 100g – this seems a little weight to us.

The flash on the back of this purported iPhone 6 has a single LED flash. The current iPhone 5S has a dual flash.

Another thing that proves these images aren’t legitimate is the time they are showing on the screen – 4.21pm.

The time on any official Apple device image is always 9.41am.

The reason? Back when Apple participated in the Macworld expo in mid January every year (the last one was in 2008), Steve Jobs keynote always kicked off at 9am.

And by the time Jobs covered the updates and other news in his presentation and turned to introduce the new product the time was usually 9.41am.

Apple has yet to confirm the reported September 9 media event to introduce the new iPhone.

The most likely on sale date for the iPhone 6 is September 19.

There have been some reported production issues around the new iPhone’s display so it is possible the launch date might slip to September 26.

Nearly half of Australia’s businesses not backing up data effectively