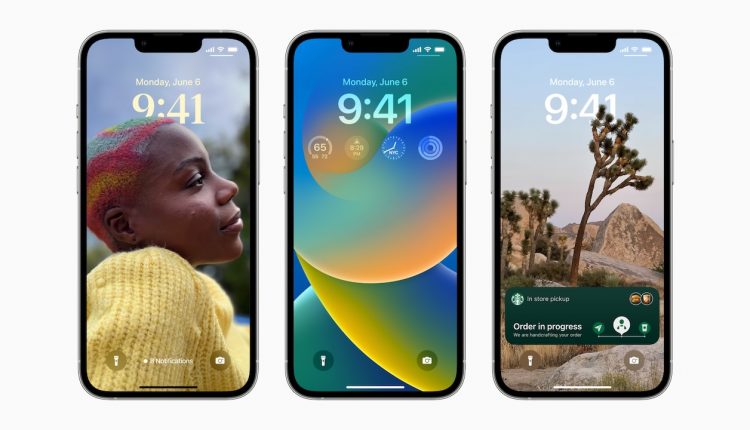 The update was revealed at Apple’s Worldwide Developer’s Conference and will be available as a public beta from July. The free software update will go live in September. 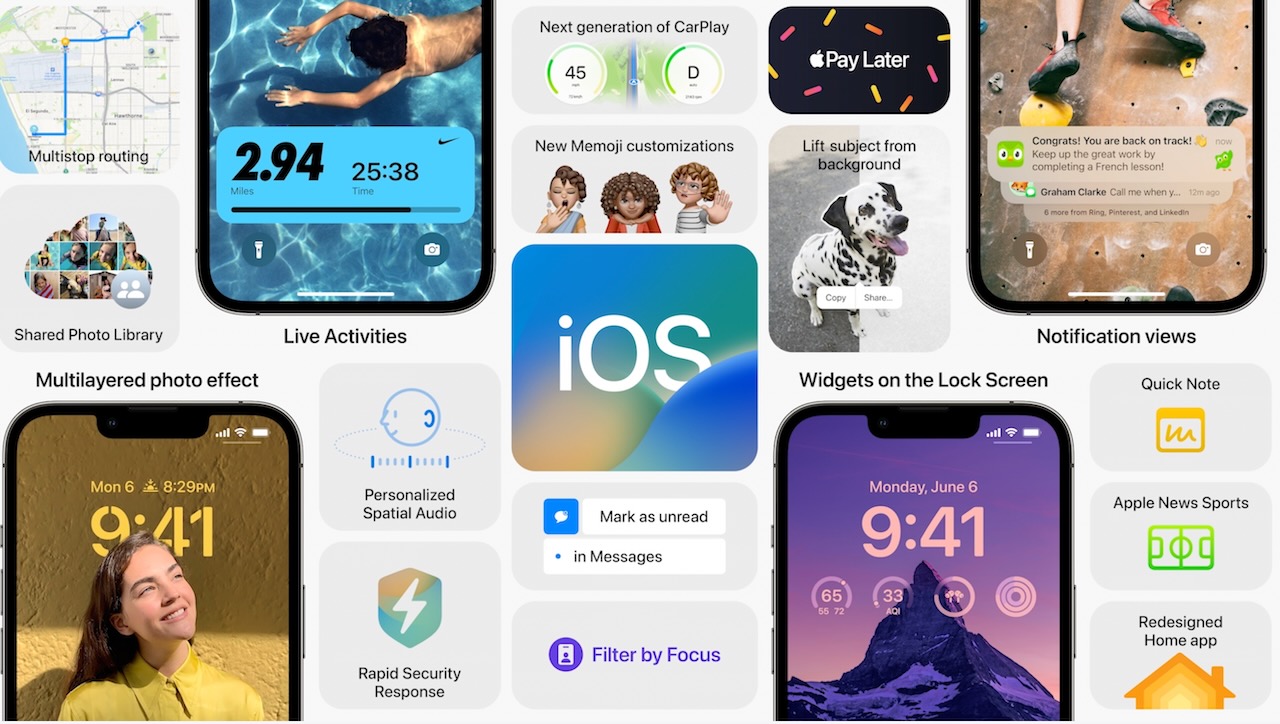 “iOS 16 is a big release with updates that will change the way you experience iPhone,” said Craig Federighi, Apple’s senior vice president of Software Engineering.

“We have re-imagined how the Lock Screen looks and works with exciting new features that make it more personal and helpful, introduced iCloud Shared Photo Library for families, streamlined communication through new capabilities in Messages and Mail, and harnessed enhanced intelligence with updates to Live Text and Visual Look Up.” 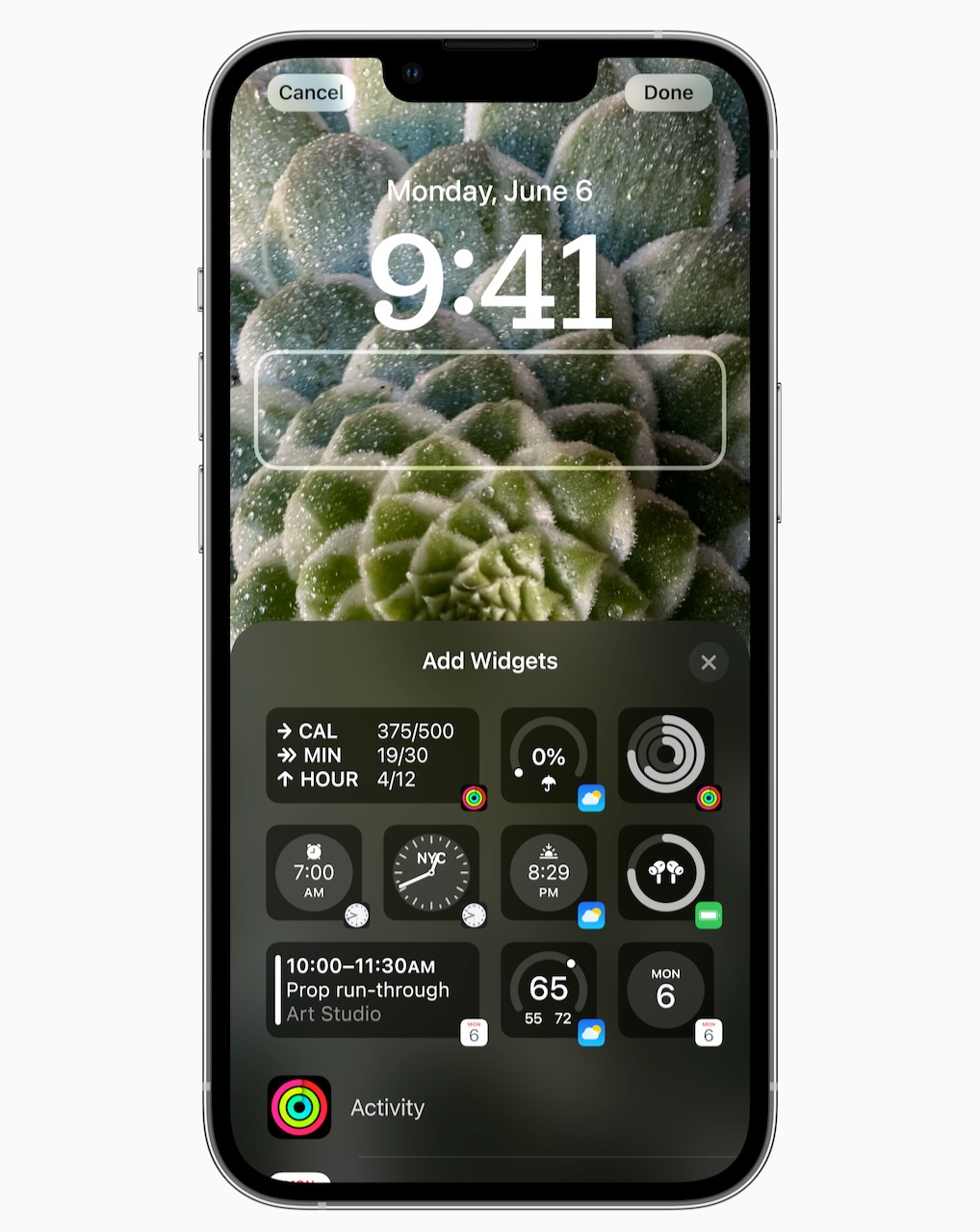 The new lock screen in iOS 16 allows users to personalise and explore different styles while offering even more at-a-glance information.

It’s now possible to change the font and colour of the date and time as well as include widgets so you can see upcoming calendar events, the weather, battery levels, alarms annual activity ring progress. 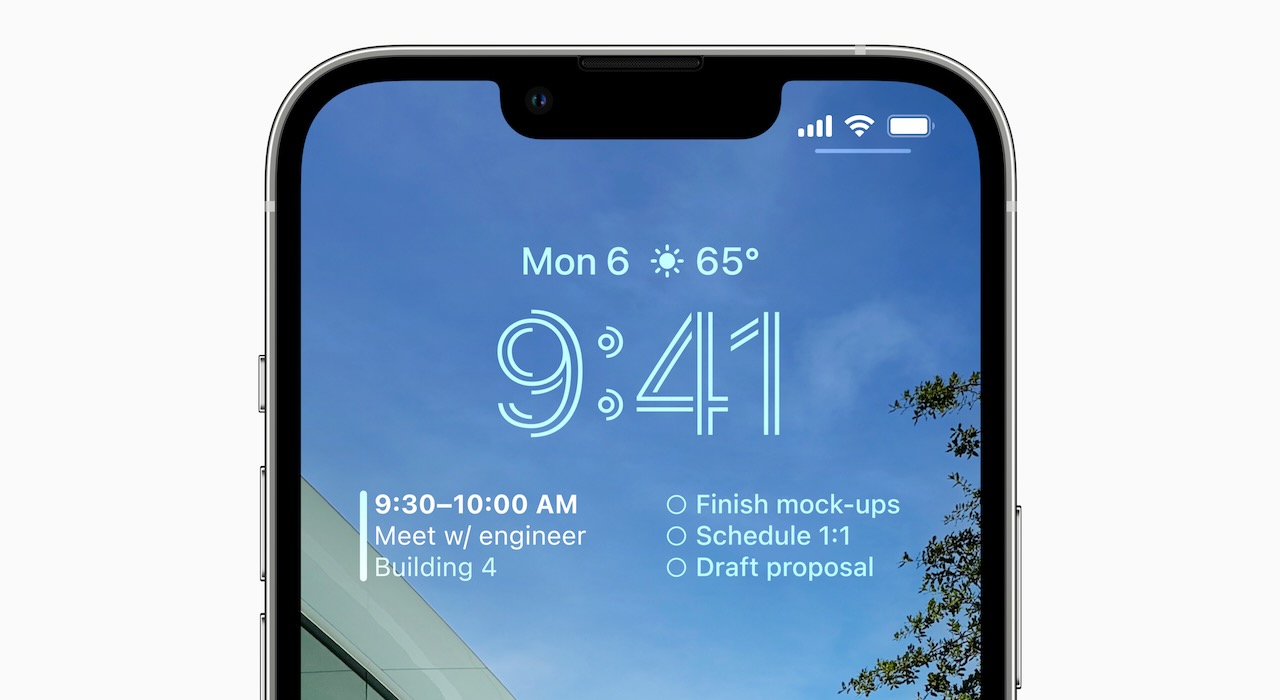 Users can create multiple lock screens and switch between them with just the swipe.
You can associate a lock screen that’s relevant to the chosen focus setting.

Another new feature is Live Activities which lets users keep track of events in real time from the Lock Screen including a sporting event, workout, food delivery order or rideshare.

Here is a new way for families to share photos with a separate iCloud shared library which can be accessed by up to six people.

It’s possible to share existing photos from libraries or send photos automatically using a new mode in the camera app. 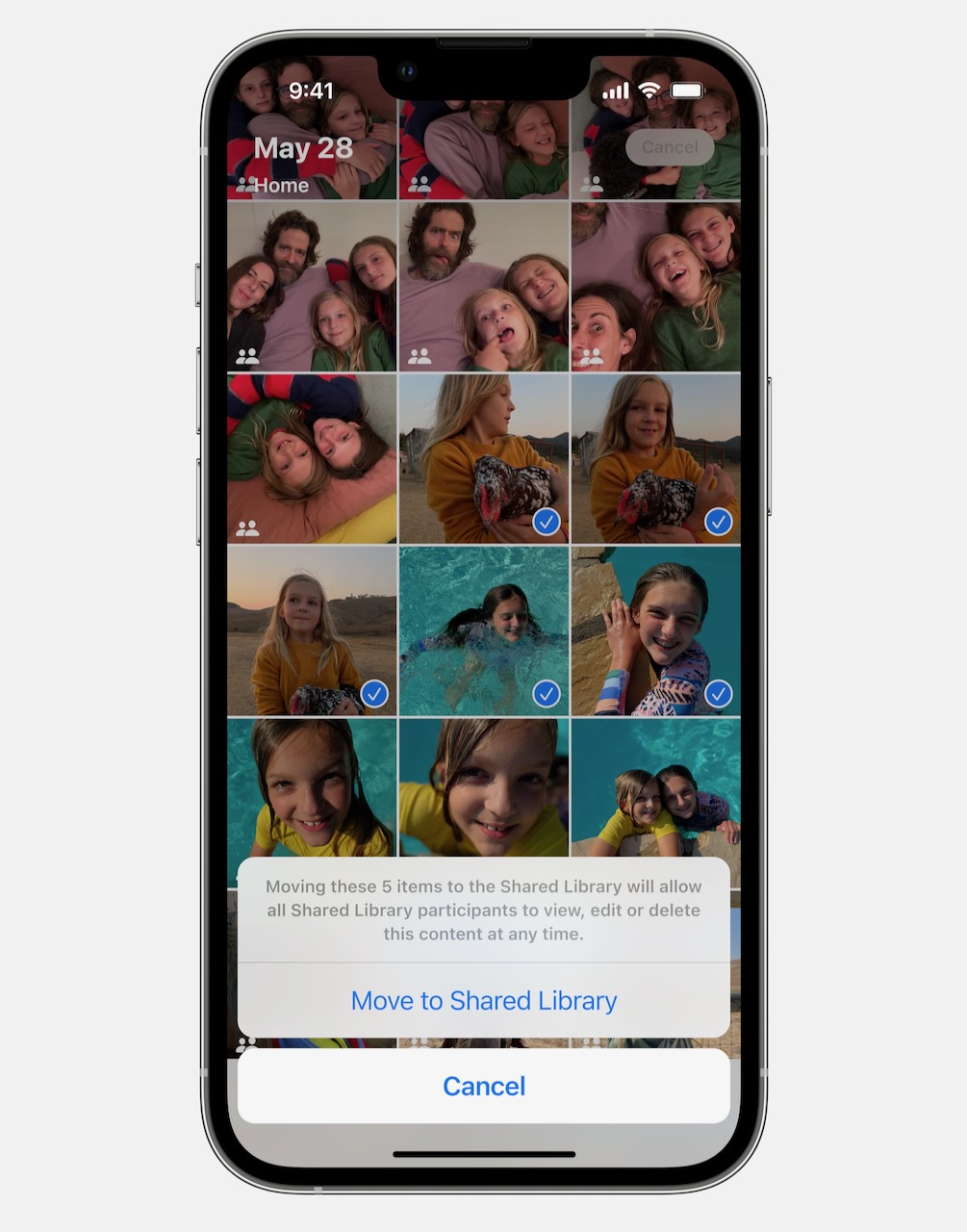 Members can add, delete, edit and favourite shared photos and videos which will appear in each other users memories and featured photos.

Ever sent a text message that you wanted to take back?

With iOS 16 that has become a reality with users able to recall sent messages and recover recently deleted messages. 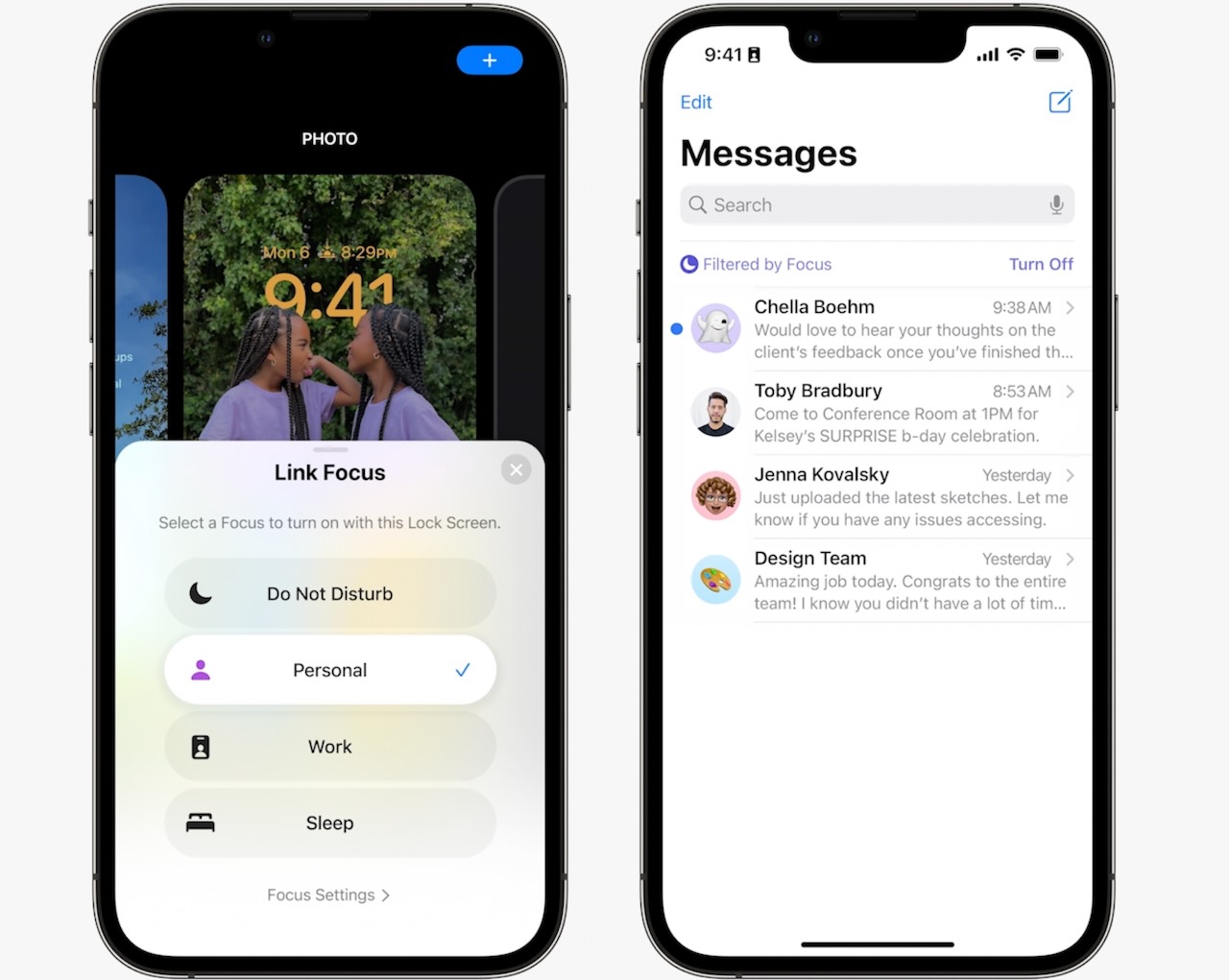 You can also edit a sent message to correct those annoying spelling mistakes.

Users will now also be able to mark conversations as unread so they can come back and read them later.

CarPlay has undergone its biggest transformation with next generation revealed at the Worldwide Developers Conference.

CarPlay will now be able to work on multiple screens in the vehicle and include deeper integration so you can control the radio or change the climate controls. 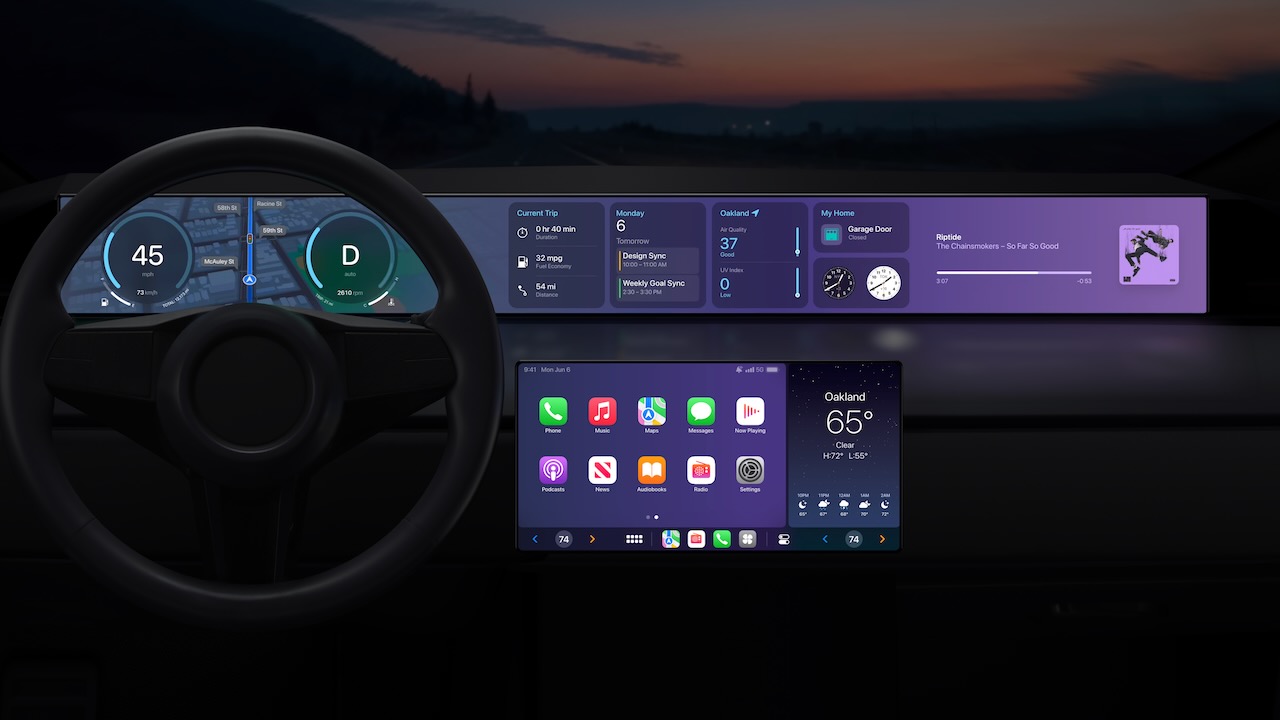 CarPlay will also be able to display the speed, fuel level, temperature and more while offering the ability to personalise the experience by creating different gauge cluster designs and incorporating different widgets for at-a-glance information like weather and music on the car’s dashboard.

NEW MAIL TOOLS
iOS 16 has included new Mail features including the ability to schedule when emails are sent and to cancel delivery of a message before it reaches the recipient’s inbox.

There’s also the option of resurfacing a message with Remind Later as well as Follow Up suggestions to remind users to send another email if they have not received an answer to their original message.

Browsing in Safari now has an added safety factor with the introduction of Passkeys which could take the place of passwords.

A Passkey is a unique digital key that’s easy to use, more secure and is never stored on a web server.

Instead it stays on device so hackers can’t steal them in the event of a data breach or trick users into sharing them.

Passkeys are designed to replace passwords and will use Touch ID or Face ID for biometric verification.

They can be synced across your iCloud keychain so they work across iPhone, iPad, Mac and Apple TV with end-to-end encryption. 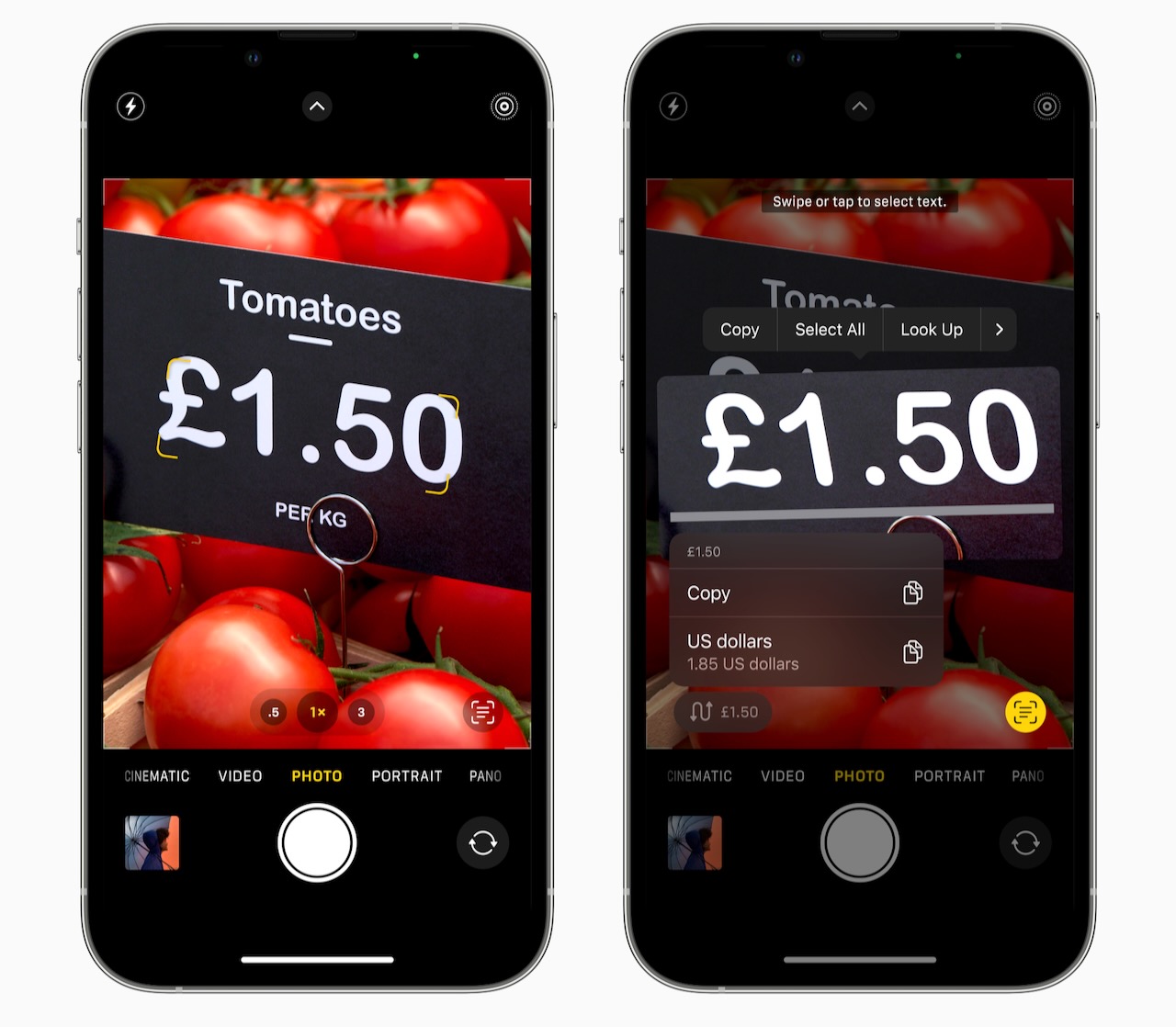 LIVE TEXT AND VISUAL LOOK UP

The popular Live Text feature which can recognise text in images has been updated to include video.

You can now pause on any frame and interact with the text. 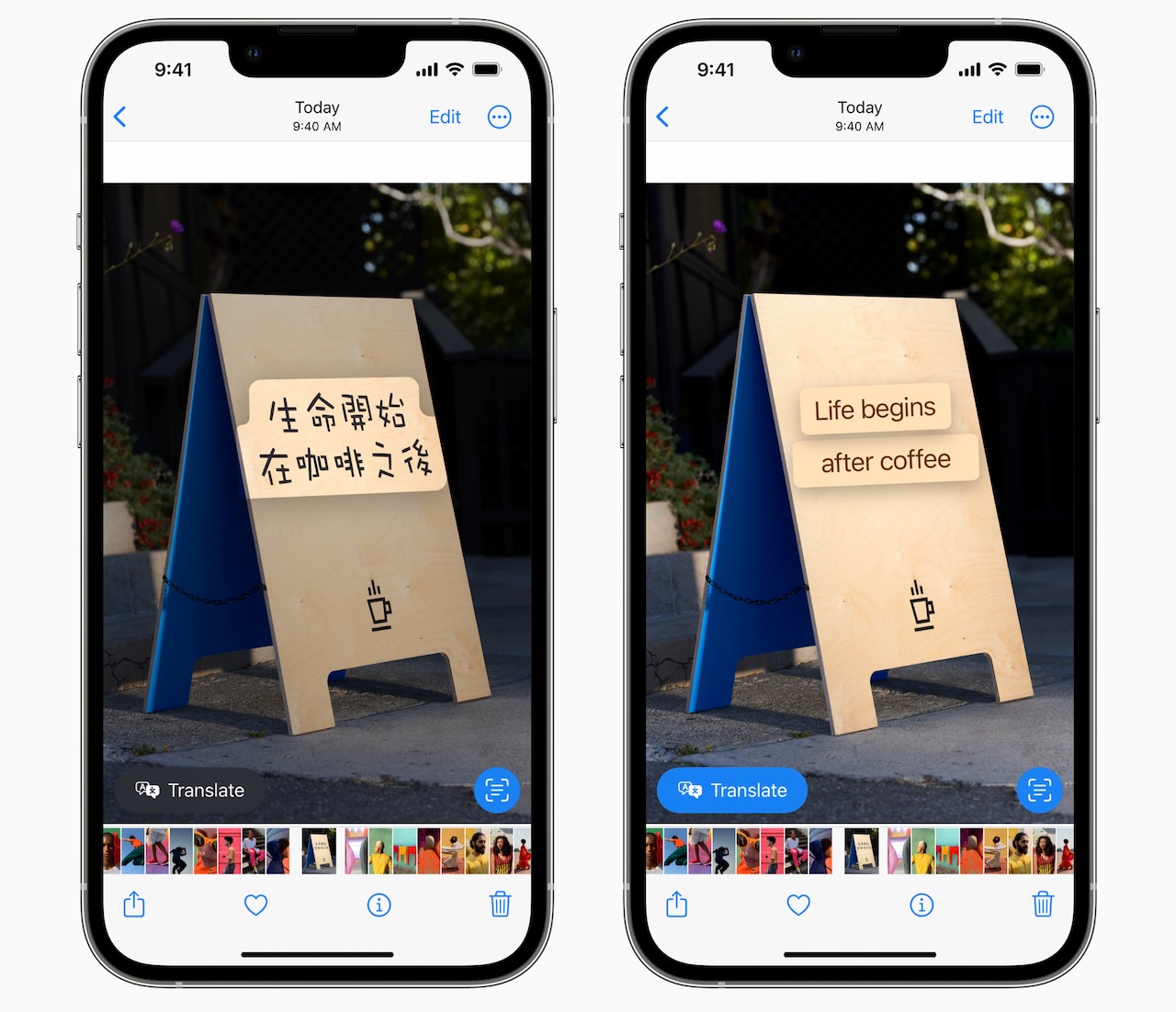 Visual Look Up has introduced a new feature which makes it possible to tap and hold on the subject of an image to lift it from the background and place it in other apps like Messages.

The Home app has been redesigned to make it easier to add and control smart devices in your home. 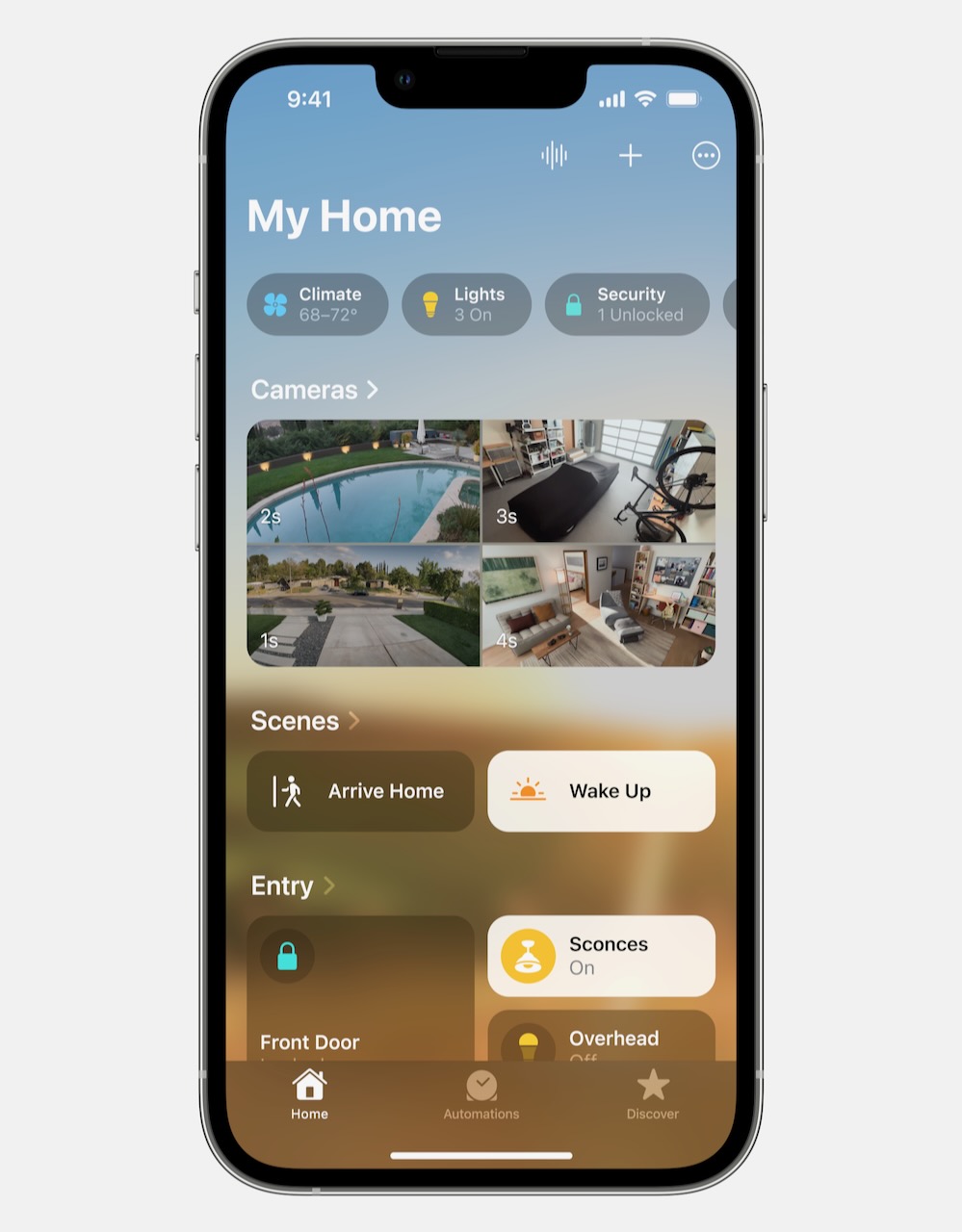 iOS 16 will also offer support for Matter smart home connectivity when it becomes available later this year so products across different brands work together seamlessly.

Wallet on iPhone just became even more useful with iOS 16 with the addition of expanded support for keys in the wallet so users will be able to securely access their home, hotel, car and office with their iPhone. 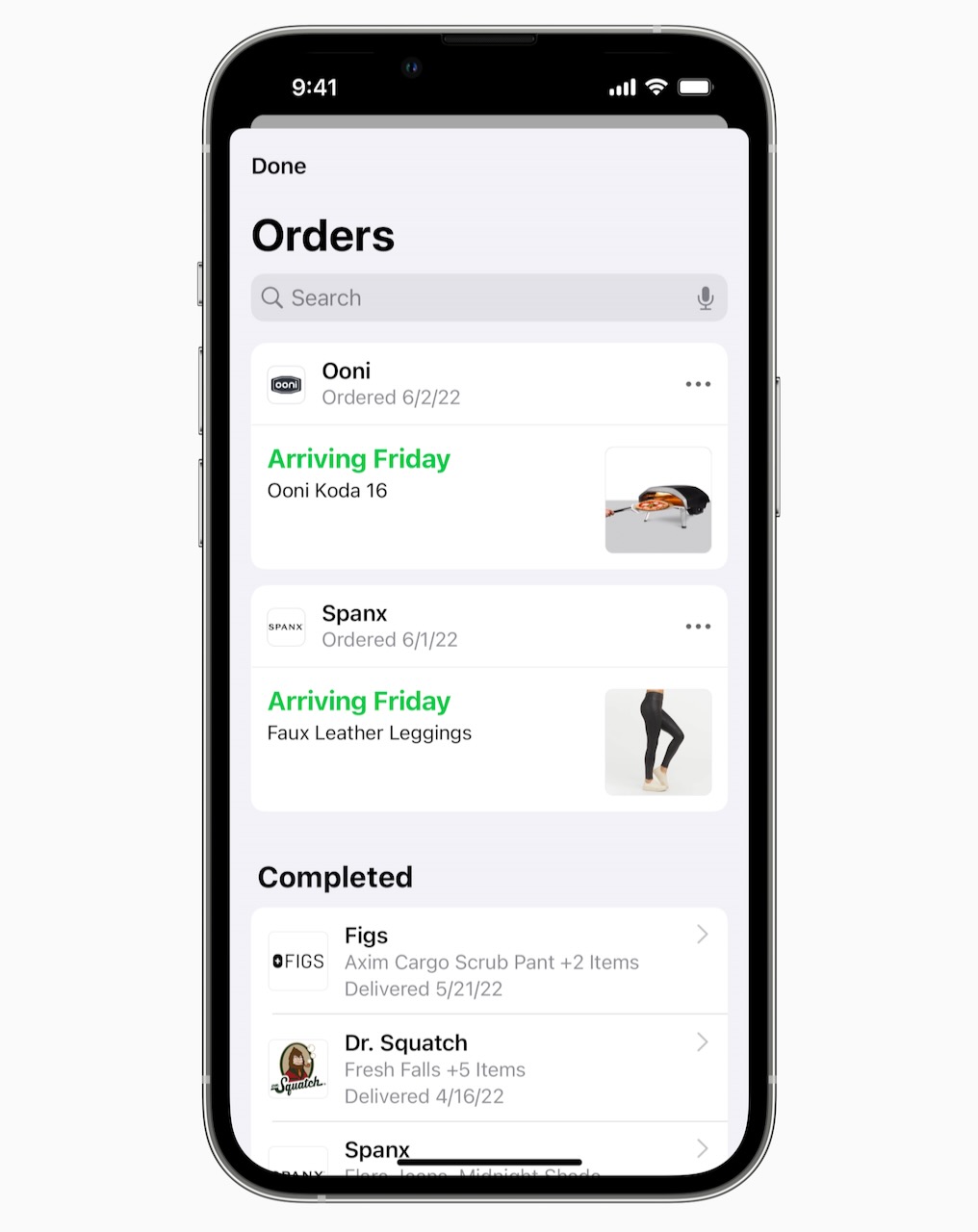 Wallet will also include Apple Pay order tracking so you can track purchases with participating sellers and receive a detailed receipt. 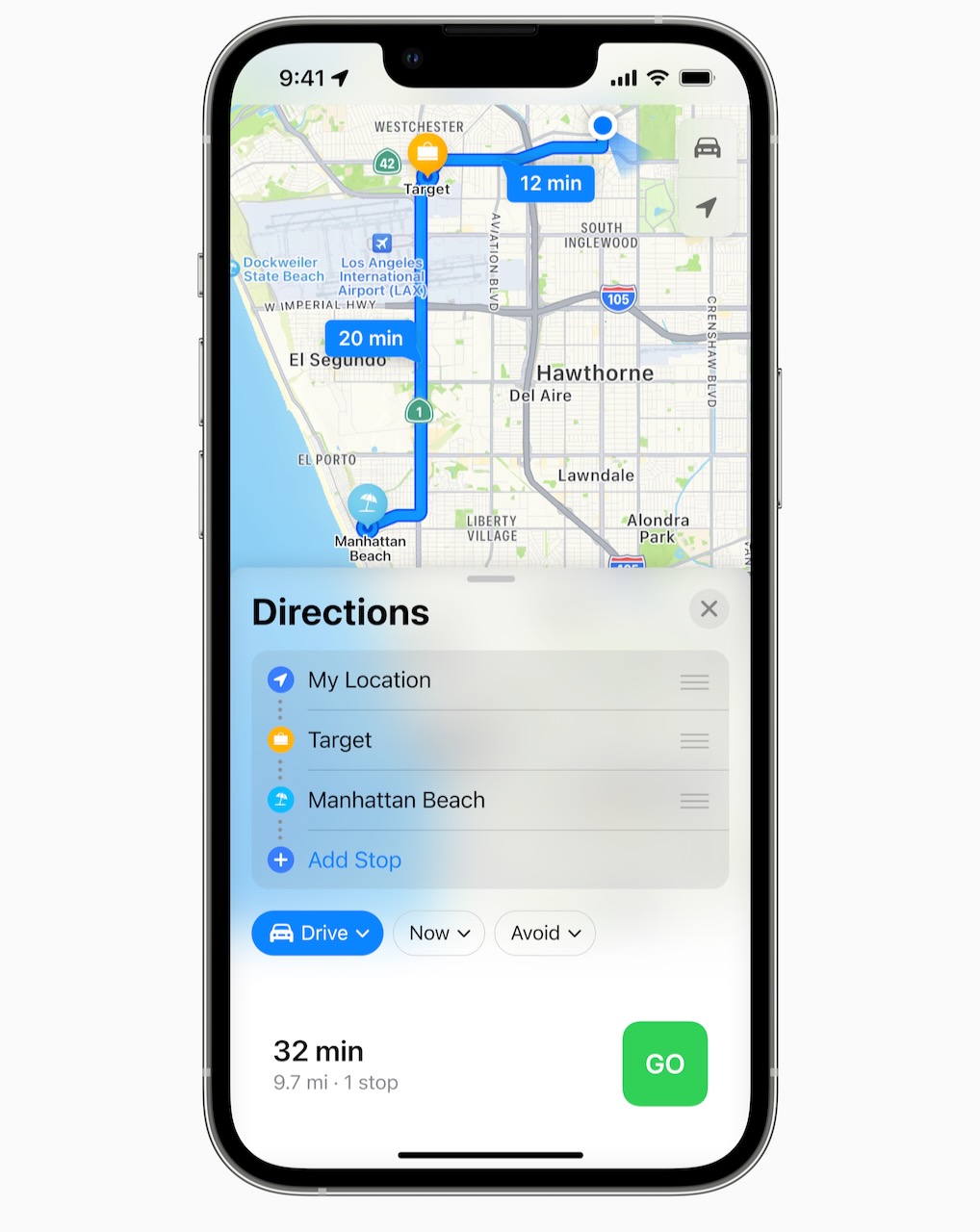 APPLE MAPS
Apple Maps have also been enhanced within iOS 16 and will introduce multistop routing so users can plan up to 15 stops and sync routes from Mac to iPhone when their ready to head out.

Dictation has been updated with the on-device experience allowing users to move between voice and touch.

While using dictation, the keyboard will still be visible to allow you to tap in a text field or move the cursor. 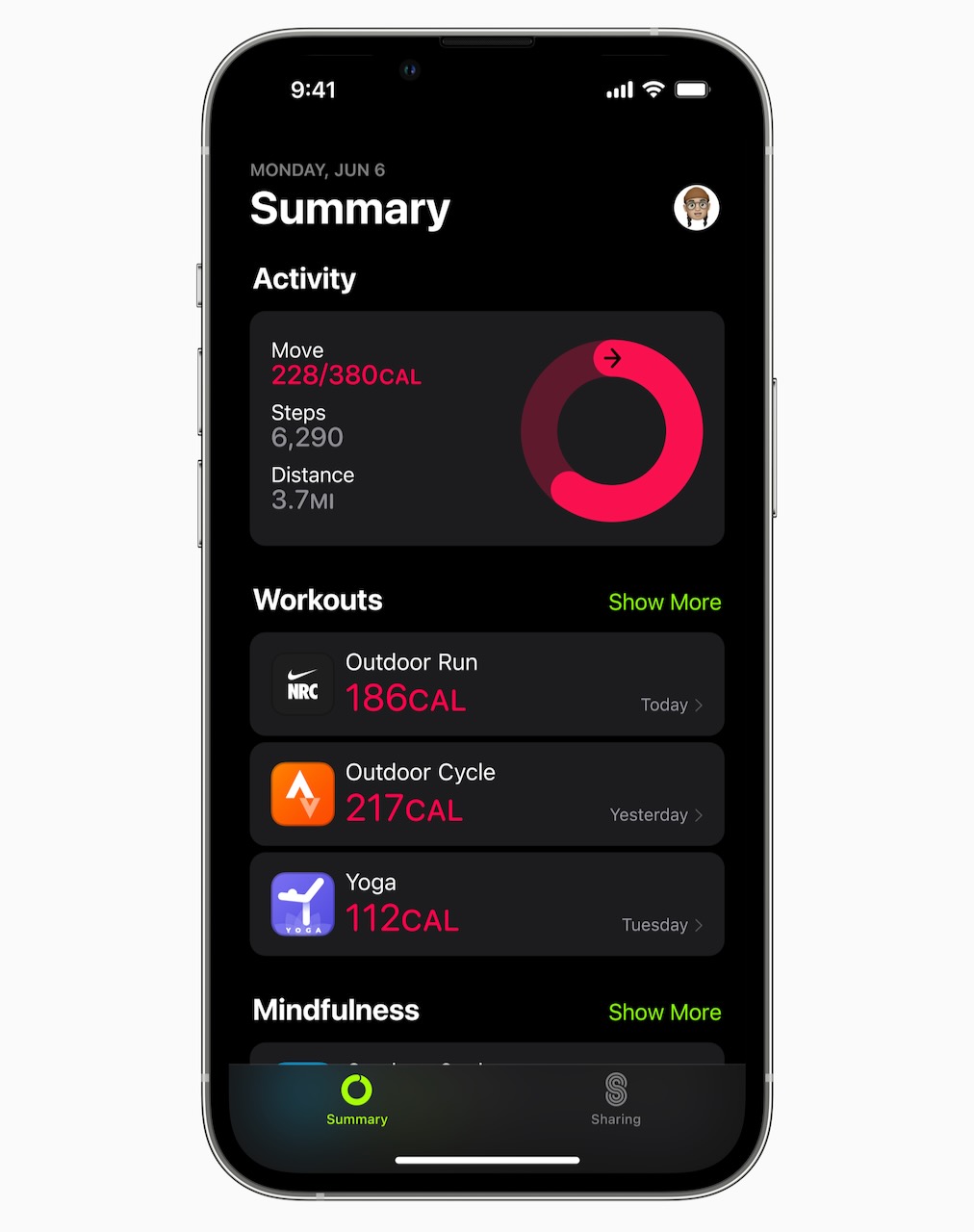 The Fitness app will now be available on the iPhone with iOS 16 so users can track their activities and close their rings even if they don’t have an Apple Watch.

Motion sensors on board the iPhone can track steps, distance, flights of stairs climbed and workouts from third party apps.