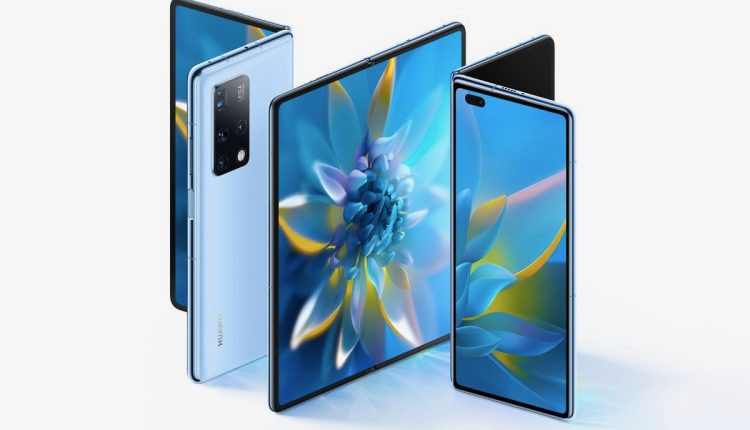 Huawei has unveiled its latest folding smartphone – the Mate X2 – which offers a new design with two screens so it can be used as a smartphone or tablet.

The design is a move away from its previous two folding smartphones which had one large screen that could fold in half and actually form the outside of the device. 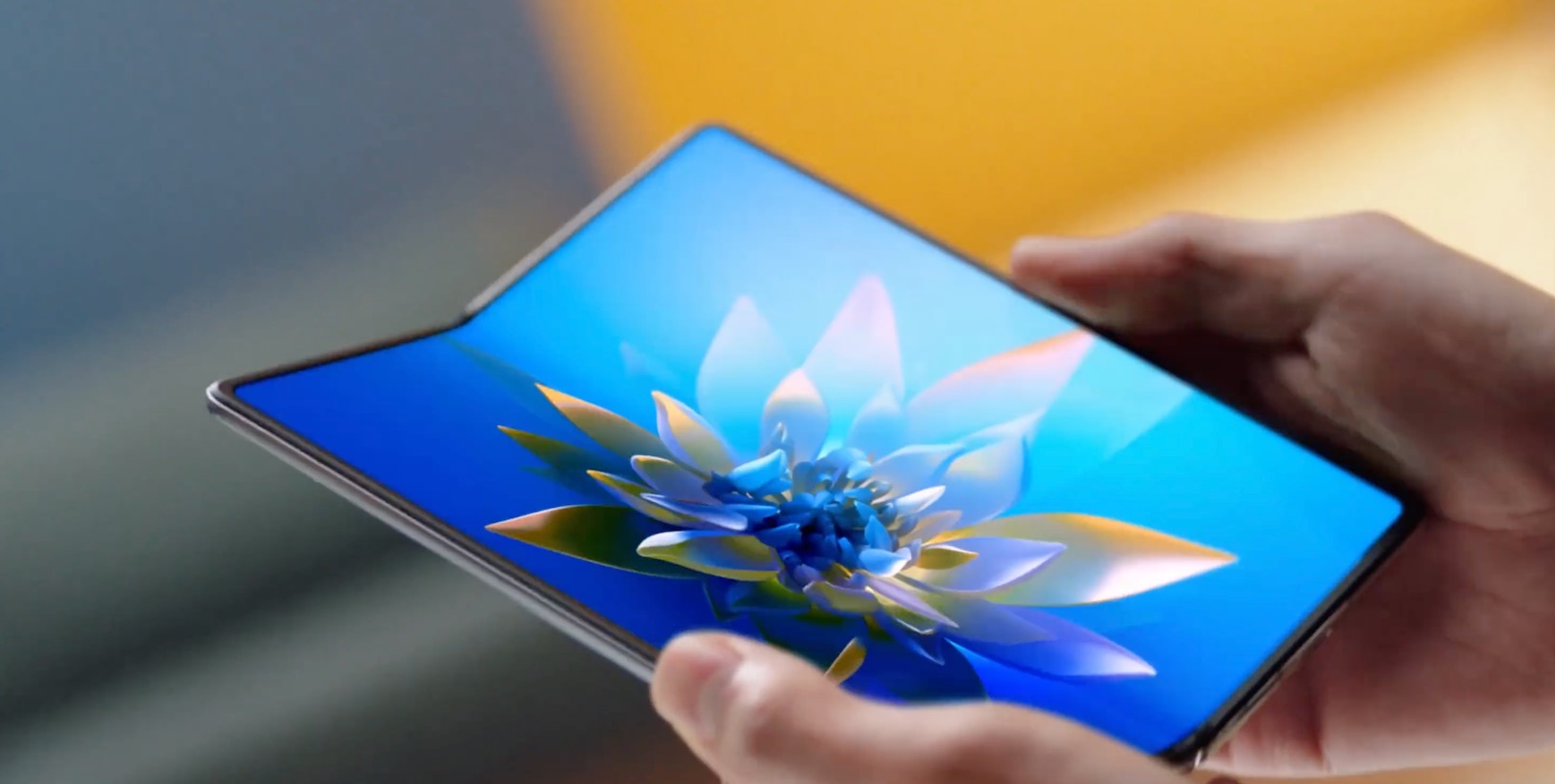 The Huawei Mate X2 is similar to the Samsung Galaxy Z Fold design with a front 6.45-inch display and an 8-inch display which is revealed when the device is unfolded.

The initial Huawei Mate X foldable phone was unveiled two years ago at the 2019 Mobile World Congress in Barcelona a few days after Samsung revealed its initial Galaxy Fold smartphone at an event in San Francisco. 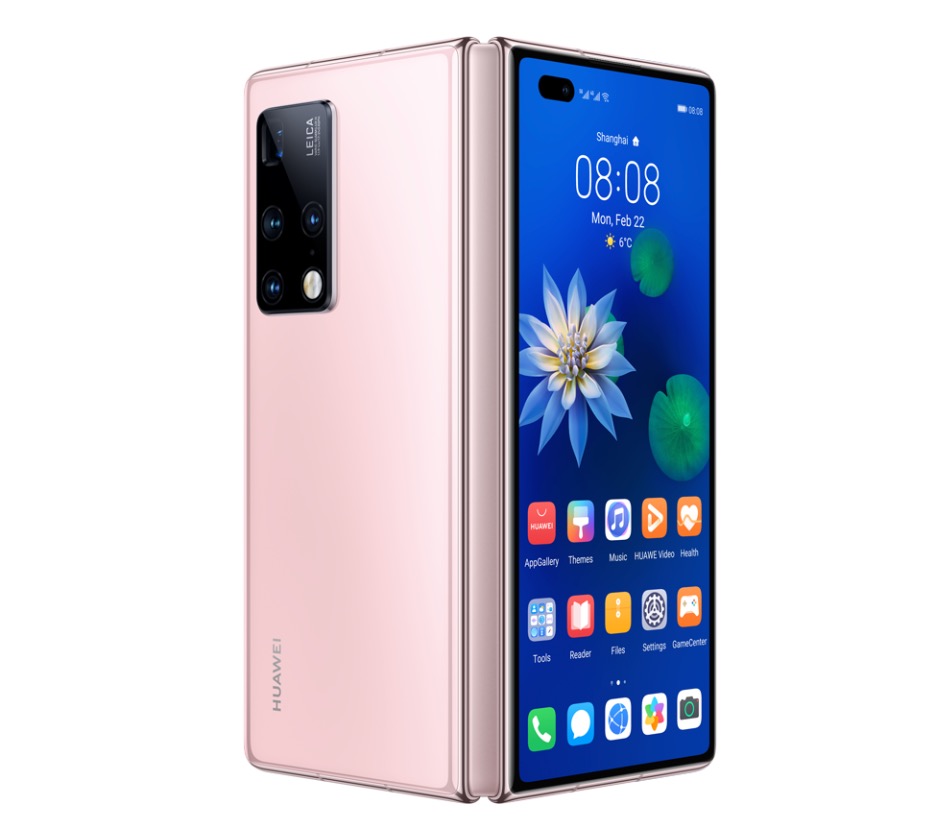 During MWC that year the Huawei Mate X attracted most of the attention while the Samsung Fold could only be seen behind glass at the show.

Samsung has stayed true to the Galaxy Fold design with improvements with each generation.

The third generation of the Galaxy Z Fold will be revealed sometime in 2021.

Huawei’s decision to switch to a similar design as the Samsung Galaxy Z Fold might be due to durability issues.

With the screen essentially making up the exterior of the device in the folded position, it did make the Mate Xs screen susceptible to scratches.

We reviewed the Huawei Mate Xs a year ago and noticed some light scratching even after just a week of use.

The screens have up to 90Hz refresh rate for smoother scrolling and viewing.

Mate X2 has a new and improved hinge so the device can fold and close completely flat.

The folding phone also has a slightly wedged shape which makes it only 4.4mm thick at the thinnest point and shifts the centre of gravity closer to the edger where you hold it. 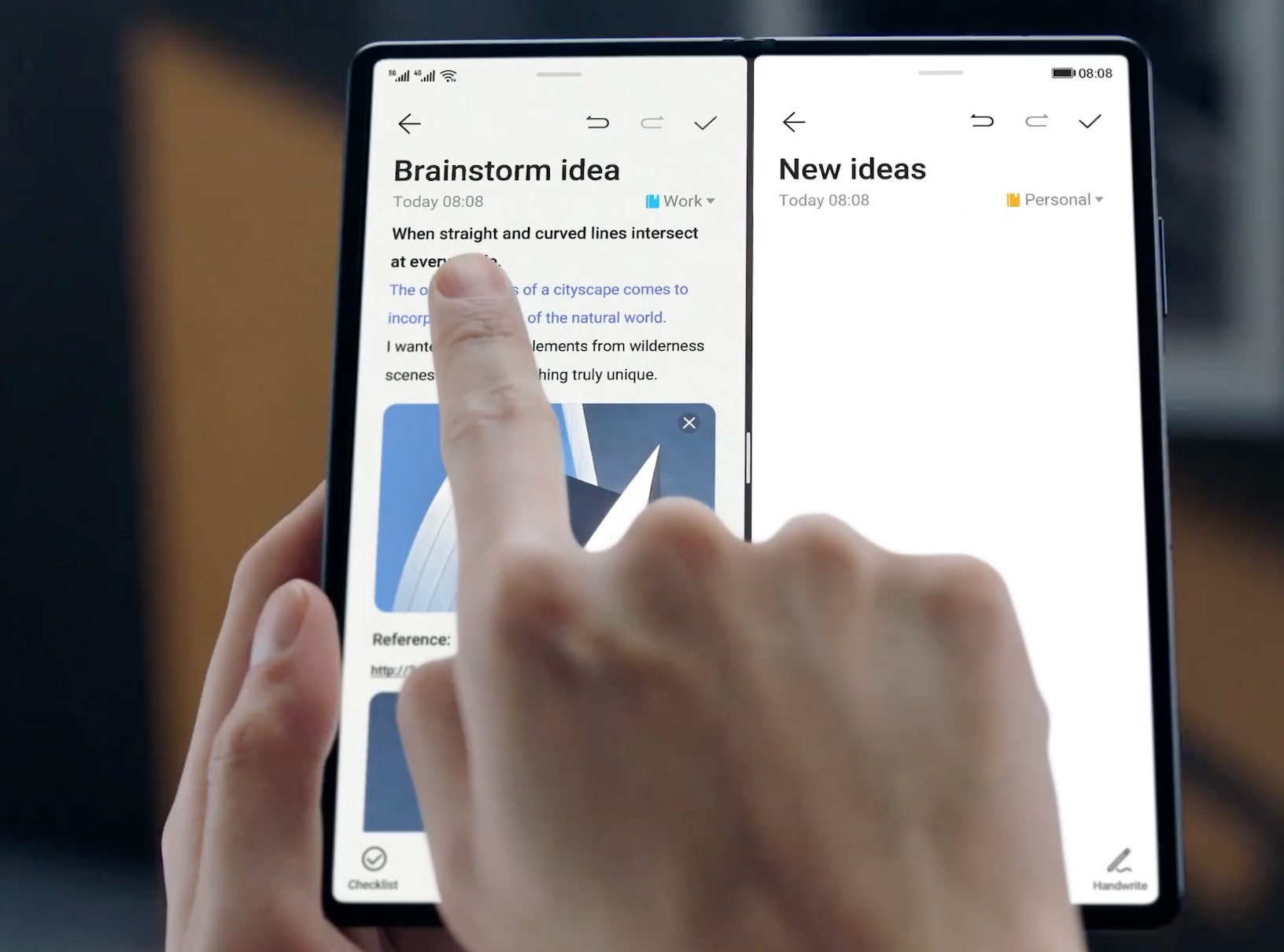 Huawei’s Mate X2 is also powered by the company’s very own Kirin 9000 processor which provides superior performance whether you’re multitasking or playing the latest games.

There is no expandable memory but there is room for two physical SIM cards.

The device is running the EMUI 11.0 operating system which is based on Android 10. 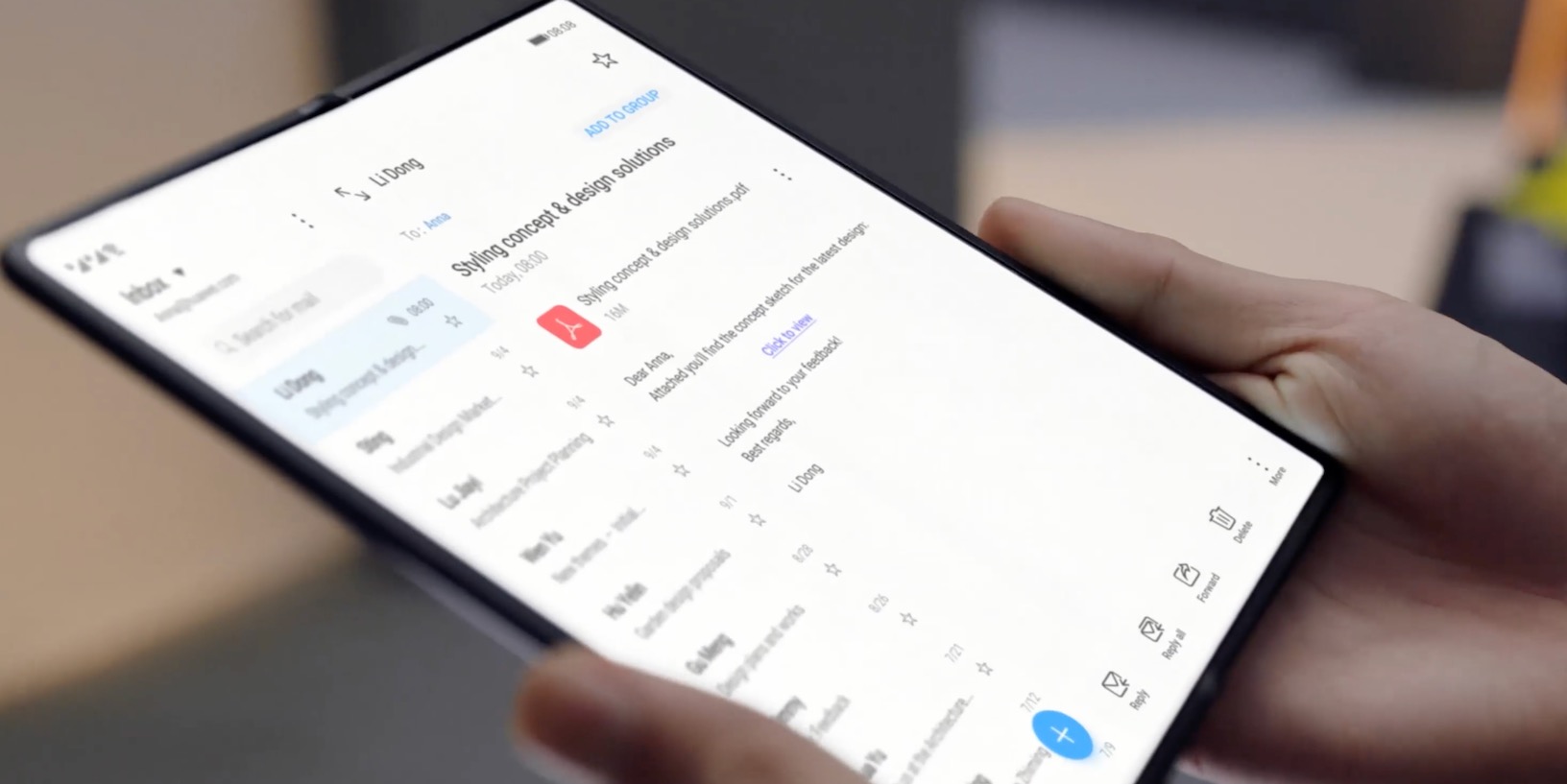 On the connectivity side, the Mate X2 offers 5G when you’re out and about and Wi-Fi 6 when you’re on a wireless network.

The Huawei Mate X2 also has a four lens camera system which includes a 50-megapixel Ultra Vision Camera plus a 16-megapixel ultra-wide camera and a 2.5cm macro lens.

Users can also enjoy 10x optical zoom to get even closer to their subject using the onboard lenses and up to 100x with digital zoom.

There’s a 16-megapixel selfie camera on the front screen. 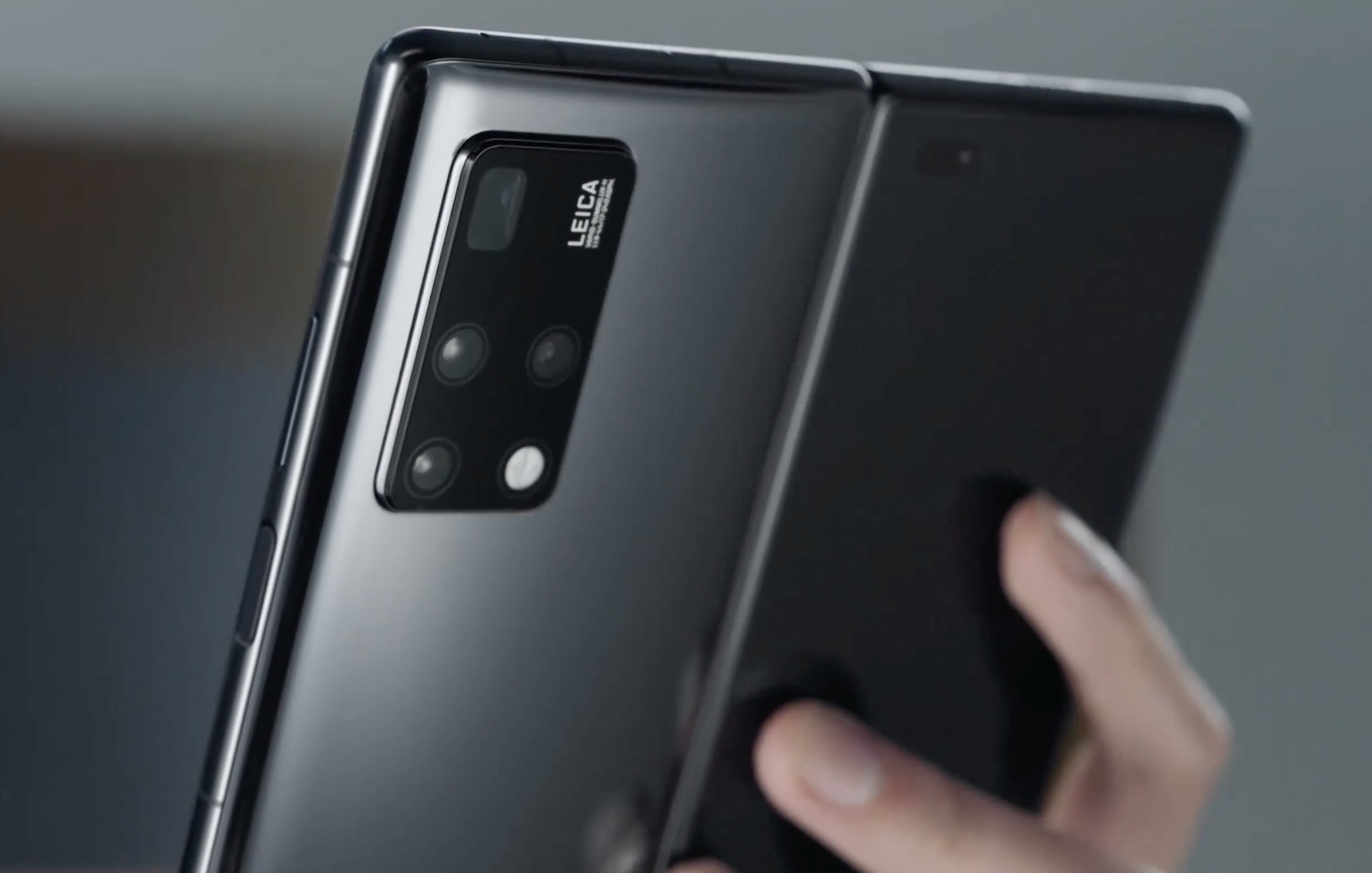 Mate X2 has a 4,500mAh battery to power you for up to two days on a single charge and 55W fast SuperCharge.

No word on pricing yet and it’s not known whether the device will be offered to Australian customers.