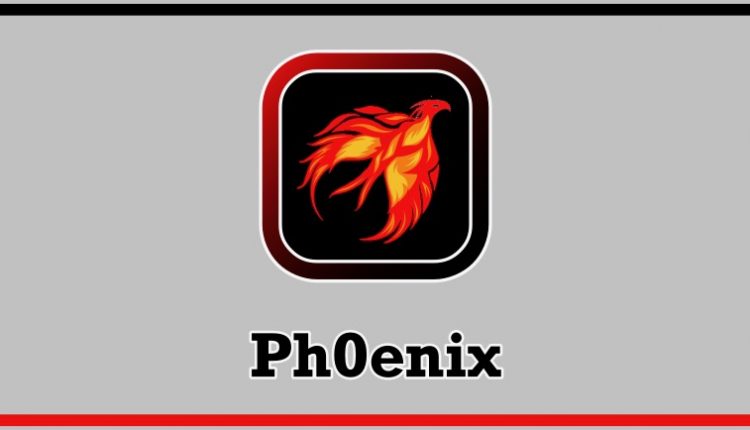 How to install Phoenix on iPhone

While we are starting to see jailbreak utilities trickle back into our lives, most of them are only for the newer devices. Be it by choice or because their devices are too old to be upgraded, many users still run iOS 9 and have been unable to install any of the later utilities.

Now they can, with Phoenix jailbreak supporting iOS 9.3.5 to iOS 9.3.6. Developed and released by Tihmstar and Siguza, Phoenix offers everything you’ve come to expect with a safe, reliable, and stable jailbreak that you can install on your device without needing your computer. Here’s everything you need to know.

What is Phoenix Jailbreak?

Phoenix is the only jailbreak released in recent times to support the older iOS versions. It is semi-untethered and works on the following iOS 9.3.5 – iOS9.3.6 devices:

Another difference between this and later jailbreaks is that it still uses the popular and user-friendly Cydia as a package manager where most others now use Sileo. With Cydia, you are getting a user-friendly, familiar interface to download your tweaks, mods, apps, and more from the built-in repositories.

Do keep in mind that Phoenix is a semi-untethered jailbreak, though; this means that when your device is rebooted, the jailbreak is removed and must be reactivated using the download steps.

How to Install Phoenix Jailbreak on iOS 9.3.6:

Phoenix can be installed on your device in multiple ways, but one of the easiest is to install it directly without needing to use your computer. This is done by installing a third-party app store onto your device first and then installing Phoenix, a safer way of jailbreaking. However, because the app stores are unofficial, they use expired enterprise certificates, which are subject to being revoked by Apple. This causes the apps to crash, and you must reinstall them, but installing an anti-revoke app or recommended VPN will stop this from happening.

All the latest jailbreaks are the subject of questions, and Phoenix is no exception. Here are the answers to the commonly asked questions.

Will There Be an Untethered Jailbreak for iOS 9.3.5?

No. Being such an old iOS version, no more jailbreaks are being developed for it, and Phoenix is the only choice you have. It is semi-untethered, but it is a reliable tool.

Do I Need to use my PC to Download Phoenix?

No. By following the guide above, you can easily install the jailbreak directly on your device. Using a third-party app store is the safest way to jailbreak your device, but it isn’t without its problems. Because the app stores are unofficial and built with expired enterprise certificates, you can expect Apple to revoke them, causing everything to crash. However, you can install an anti-revoke app or VPN to stop this from happening.

How Do I Delete Phoenix Jailbreak?

You don’t have to because it is a semi-untethered jailbreak – simply reboot your device, and the jailbreak stops working. However, you can delete it entirely from your device easily – open Cydia and manually delete everything you installed, reboot the device, and Phoenix is gone.

Why Can’t Phoenix Be Installed on Newer Firmware?

Because it was developed purely for older 32-bit devices running iOS 9.3.5-9.3.6 and the developers will not be making it available for any newer firmware. There are plenty of other utilities for newer firmware, such as Unc0ver or Checkra1n. You do need to be aware that Phoenix may be detected as malware on your device – rest assured that it is safe to use and contains no malware, viruses, or anything else that can harm your device.

This is a common occurrence when you install third=party app stores and then try to install the jailbreak. You have two options – wait a while and try again or choose a different app store.

No. It’s likely because you are using Chrome to download the jailbreak, and Chrome will give this message for virtually all software downloads. It is not dangerous and has been fully tested and passed as safe.

Yes. Because it is semi-untethered, it doesn’t make any permanent changes to your device. Once your iPhone or iPad is rebooted, the jailbreak is inactivated. Also, we tested it and found nothing that can harm your device.

Where Can I Get The Most Up-to-Date Version of Phoenix?

By installing it via a third-party app store, you are assured of always getting the most up-to-date version.

Try Phoenix Jailbreak on your device today – if you are running iOS 9.3.5-9.3.6, it is the only jailbreak you can install.

How to Install LuluBox on Android