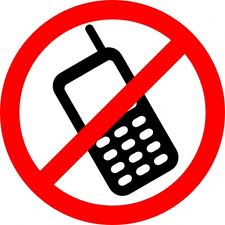 Half of Australia wants to switch mobile operators

Not all of us are happy campers when it comes to our mobiles. In fact almost half of all Australian mobile users want to quit their current mobile operator.

New figures released by Virgin Mobile shows 49 per cent of users want to break up with their telco.

And one in four says poor mobile reception is the primary reason.

Other reasons include call drop outs (18 per cent), not getting value for money (17 per cent) and poor customer service (16 per cent).

But despite the strong urge to quit, 56 per cent of Australians say it’s too difficult to move to a new provider.

Respondents in Virgin Mobile’s research said it’s too hard to get out of the contract (30 per cent), it’s too expensive to make the switch (26 per cent), they are worried about losing their current mobile number (20 per cent) and just don’t know how to do it (10 per cent).

Virgin Mobile is actually offering $100 credit to anyone who brings their own phone and wants to make the switch to Virgin Mobile which operates on the Optus network.

“You wouldn’t stay in a relationship that you were unhappy with, so why stay with your telco if they’re not treating you right. If you are unhappy with your current provider, we think you should tell them it’s over,” says Dan Woodall, Virgin Mobile’s head of customer marketing.

Panasonic has a digital camera for everyone