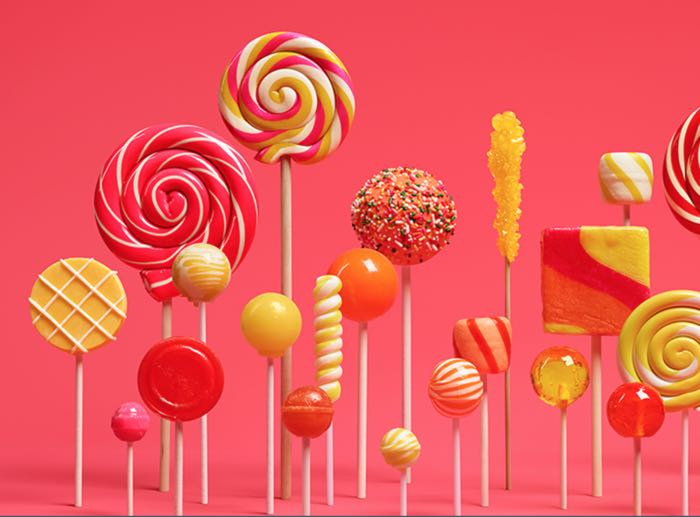 Google has unwrapped the latest Android 5.0 operating system – Lollipop – which offers a new look and feel while adding more functionality and efficiency.

The Nexus 6 smartphone and Nexus 9 tablet will be the first devices to feature the new Android Lollipop operating system.

Available for pre-order in late October, the Nexus 6 – which is made by Motorola – has a 6-inch quad HD screen with a 13-megapixel camera and dual front-facing speakers.

Here are the new features of Android 5.0 Lollipop:

The new user interface is designed to respond to your touch with natural motion and realistic light and shadow.

The look offers bold new colours and fonts and edge-to-edge imagery to engage the user.

The UI will be smoother and flatter for a cleaner look.

Users can now control how they are notified and receive new messages and other updates only when they want to.

There’s a priority mode that can be accessed through the device’s volume buttons that allow users to only let notifications from certain people to get through.

Receiving a phone call used to interrupt anything we’ve been doing but with Lollipop you can choose to answer the call or keep playing your game or watching your video.

Messages can be viewed and answered from the lock screen while sensitive content can also be hidden from notifications.

Now more than one person can use the same phone simply by logging into their Android account on the device.

If you’ve forgotten your own smartphone, it’s now possible for a user to log on to their own Android account on the friend’s Lollipop phone and still be able to access all of their own message and photos.

It will also possible to pin your screen so another person can access just what you’re sharing without seeing or accessing your other content.

All applications will be using a new SELinux coding language to offer even greater protection from malware and vulnerabilities.

Android Smart Lock will also allow users to secure their smartphone or tablet by pairing it to a trusted device like a smartwatch or their car.

Now some handy features are at your fingertips like the flashlight, personal hotspot, screen rotation and screen sharing controls.

It will also be easier to toggle wi-fi, Bluetooth and location on and off.

There will be constant connection when moving between wi-fi to cellular connections and back again with limited interruption to whatever you’re doing.

Also on board is a safeguard that will only connect with verified internet connection on wi-fi.

The Android Lollipop operating system has also had a performance boost with apps running up to four times faster.

In the background, apps and services will also be compacted to make multitasking faster and easier.

There will also be support for 64-bit devices like the Nexus 9 tablet to bring desktop class performance to Android mobile devices.

Lollipop now comes with a battery saver feature that can stretch out the usage of the device by up to 90 minutes.

When charging an Android Lollipop product, users will now see an estimated time left to fully charge the device.

Similarly the device will also display an estimated time left on your device before you need to recharge – a handy feature to ensure you’re not caught short if you’re about to head out.

Expand your network with the Linksys 8-port Gigabit Ethernet Switch