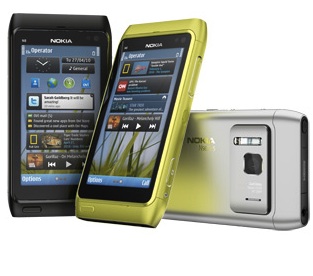 Oh how the mighty have fallen.

Nokia, once the runaway leader in the all areas of the mobile space, has been dethroned as global leader in smartphone operating systems.

The figures show Android is available on seven times more devices than a year ago.

Apple also increased its share from the same period from 8.7 million in the fourth quarter of 2009 to 16.2 million.

But Nokia does make its own hardware and maintains its worldwide position as the number one mobile manufacturer.

Nokia featured the Symbian operating system in many of its devices, including the recent N8 smartphone.

The Finnish company actually bought Symbian a few years earlier and is supporting that investment by offering the software in most of its phones.

Nokia, along with Apple and Research In Motion – the company behind the BlackBerry – are the only major mobile manufacturers who are not running Google’s Android operating system.

Companies like Samsung, HTC, LG and Sony Ericsson have seen huge successes with Android aboard their devices.

Motorola has also seen a resurgence after offering Android on its touchscreen devices.

So what’s the answer for Nokia? They’ve already stated they will not run Android on their handsets.

With apps now becoming the most visible feature of mobile devices, Apple and Android have the advantage of widespread support.

Android is also gaining traction in the tablet market with 22 per cent behind Apple’s 75 per cent market share.