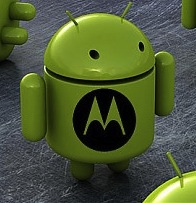 Internet giant Google has paid $US12.5 billion to acquire Motorola in a bid to strengthen its hold in the competitive smartphone market.

Google is already has a significant presence in the mobile world with its popular Android operating system.

This software has already been adopted by some of the world’s biggest manufacturers incuding Samsung, Sony Ericsson, HTC, LG and – Motorola.

The move is being viewed as a play to boost its stake in the smartphone industry and take on Apple as another company which runs its own ecosystem – software on its own hardware.

Google will be involved in the production of Motorola smartphones and tablet devices. Earlier this year Motorola released its own Android devices – the Atrix smartphone and the Xoom tablet.

“Motorola’s total commitment to Android in mobile devices is one of many reasons that there is a natural fit between our two companies,” Google co-founder and CEO Larry Page said in a blog post to announce the deal.

“Together we will create amazing user experiences that supercharge the entire Android ecosystem for the benefit of consumers, partners and developers everywhere.”

With Google now making Motorola part of its family, the company can now now create a design hardware to go with its already widespread Android operating system.

According to Gartner Research, Android accounted for 43.4 per cent of smartphone sales in the second quarter of 2011 which was an increase of 17 per cent from the corresponding quarter in 2010.

Google CEO Page says Motorola will operate as a separate unit of the company.