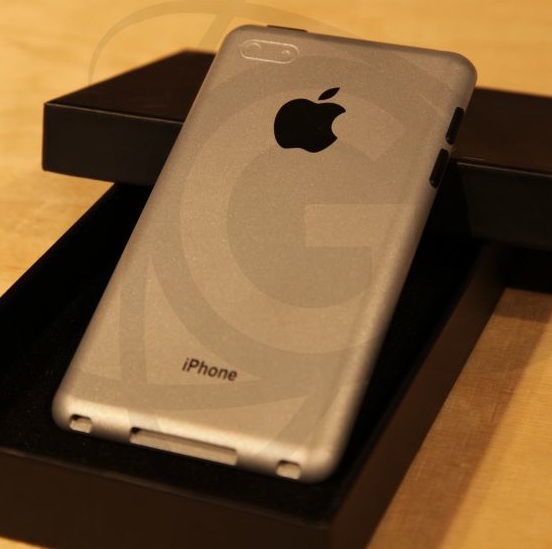 There have been so many rumours about the iPhone 5 which will be officially revealed by Apple at a special event next week.

German website BENM.AT has gathered up all of this information, case designs and other hints and actually built a mock up and even presented it in a video.

Built from aluminium and glass, the prototype features a teardrop design, has a 4-inch screen and is slightly thinner than the iPhone 4.

But the prototype is slightly shorter than the iPhone 4 but still manages to have a larger screen.

If these dimensions are accurate it will also mean the home button – the circular button beneath the iPhone 4’s screen, will be radically altered.

In BENM.AT’s video, the presenter says the home button will be elongated and also touch sensitive so it can be used to unlick the screen and use it as a trackpad.

The advantage of this is less fingerprints on the screen and another way to navigate apart from using the touch screen with your finger.

BENM.AT’s prototype also has a rounded design similar to that seen with the iPad 2.

Much of the design cue for the BENM.AT mock up came from cases which claim to be designed for the iPhone 5 and that are actually on sale in China and online.

Everyone will find out how accurate all the rumours have been when Apple’s presents the new iPhone at the launch event at the company’s Cupertino headquarters.

iPhone 5 will be released on October 14