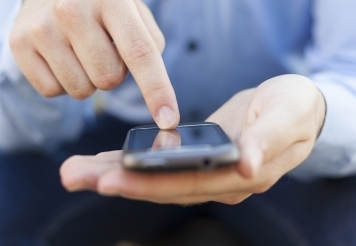 Australians closer to their mobile phones than anyone

Australians are closer to their smartphones than any other users according to a survey showing we would prefer to be without our partner than our device.

An international study conducted by Tech21 – the manufacturer of impact protection cases and screen shields – found almost 30 per cent of Australians surveyed said they’d rather live without their partner for a week than their phone.

This is in comparison to 21 per cent of international users who picked their smartphone over their partner.

Australians also feel closer to their device with 83 per cent saying it is more important to them than it was five years ago.

Again this eclipsed the response from international users with 77 per cent feeling closer to their device today than they did in 2008.

And it’s not just adults who have a close relationship with their mobile devices.

Tech21’s study revealed that one on three primary school children now have their own mobile.

The research revealed kids as young as eight are using smartphones.

But having these devices in our hands so often we’re bound to drop them.

And 79 per cent reported they’ve dropped their device more than three times in the last month.

Tech21 cases have a special impact absorbing polymer within their slim design to offer added protection in the event of a spill.

There are cases and screen protectors for the iPhone 5/5S/5C along with the iPhone 4/4S plus Samsung’s Galaxy S4, Note II, Note 3 and the Sony Xperia Z.

GolfBuddy WT3 GPS watch gets you closer to the pin