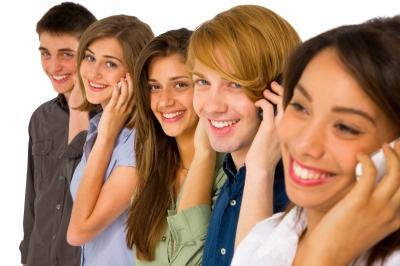 Aussie familes to miss out on savings from shared mobile plans

Australian telcos will not be adopting shared household mobile and data plans recently unveiled by US operators which could save families up to $1600.

AT&T and Verizon, two of the largest telcos in the US, have introduced shared plans for households with multiple devices so calls and data allowances can be shared between family members on the same account.

But telco comparison website WhistleOut has confirmed Australian families will not be offered this service and miss out on potential savings of up to $1600 over 24 months.

In Australia each device needs its own individual plan instead of sharing from a common data pool.

The US family plans offers unlimited calls and a shared data allowance of 4GB per month. Adding a device like an iPad to the plan costs $10 to be able access that data bucket.

Adding a second smartphone is just $40 per month and allows the device access to the unlimited calls as well as the 4GB data allowance.

Meanwhile here in Australia, where there are more mobiles than people, individual plans are actually cheaper than the US but multiple device households are not supported with each device requiring its own separate plan and fee.

Each device has to have its own phone plan and data allowance.

In the US, a shared plan gets cheaper the more devices and users are added to it.

WhistleOut has confirmed Optus, Telstra, Vodafone and Virgin and independent carriers Vaya and Live Connected will not be introducing shared plans in 2013.

Optus, Telstra and Virgin have shareable mobile plans but these are only available to business customers rather than regular customers and families.